As part of a Phase II Flood Modeling and Early Warning Capacity Development Project (FEW2), emergency managers in Vietnam continue to build capacity through training developed help them to take maximum advantage of the capabilities of their customized early warning and decision support system, VinAWARE, which is based on Pacific Disaster Center’s (PDC’s) DisasterAWARE platform. Funded by the U.S. Agency for International Development (USAID) Office of Foreign Disaster Affairs (OFDA), the system training demonstrates how information can be utilized to safeguard the population and valuable assets from potential hazard impacts, and how VinAWARE can provide support during post-impact situations.

October 20–23, a four-day Train-the-Trainer (TtT) session was held in Hanoi to increase the availability of local VinAWARE instructors. The event was led by PDC’s Southeast Asia Program Advisor Victoria Leat and Hazard Mitigation Specialist Sharon Mielbrecht. Eight selected participants from Vietnam’s Central Committee of Flood and Storm Control (CCFSC), Ministry of Agriculture and Rural Development (MARD) Disaster Management Center (DMC), and the Directorate for Water Resources (DWR), as well as the Ministry of Natural Resources and the Environment (MONRE) National Center for Hydro Meteorological Forecasting (NCHMF) were welcomed by acting the Director of the DMC, Mr. Dang Quang Minh, who emphasized the importance of this training for flood and storm control, and highlighted the trainees’ roles in institutionalizing VinAWARE.

The TtT session was immediately followed by a user-training session on October 24, during which the new trainers assisted experienced PDC instructors, giving them an opportunity to practice their newly acquired skills. The user-training was attended by eight representatives from DWR, CCFSC, United Nations Development Program (UNDP), CARE Vietnam, and Vietnam Red Cross (VRC).

Following the activities in Hanoi, Leat traveled to Danang and held two additional VinAWARE user-training sessions from October 27 through 31. Fifty-one provincial-level disaster management practitioners from the FEW2 project’s 10 target provinces attended, including representatives from the provincial-level Department of Commerce, Department of Natural Resources and the Environment (DONRE), DWR, VRC, CCFSC and the Japan International Cooperation Agency (JICA). The Director of the Danang Committee for Flood and Storm Control, Van Phu Chinh, offered closing remarks to some of the participants, in which he stressed the importance of provincial-level engagement with VinAWARE to strengthen disaster management. These training sessions reinforced the use of VinAWARE to facilitate information sharing between national and provincial disaster management agencies in Vietnam.

Learn more about the FEW Project with these resources:
• Read about Vietnam’s recent flood modeling workshop,• Details on the first VinAWARE training sessions,• Information from the FEW2 stakeholder meeting,• The launch of the USAID-supported FEW2 Project,• Special training in the use of PDC’s DisasterAWARE,• News of PDC commitment to DM in Vietnam,• A description of the first use of the VinAWARE,• The first Flood Early Warning Project launched in 2009, and • To see what Dr. Phuc and the DMC are doing, go to www.dmc.gov.vn. 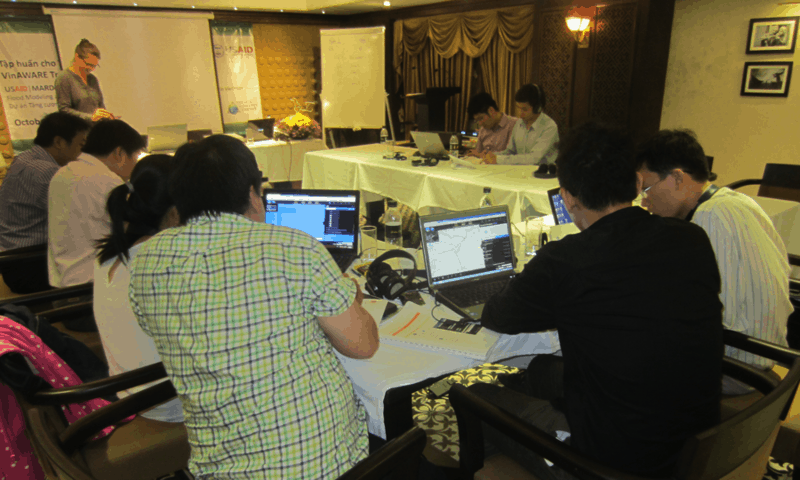 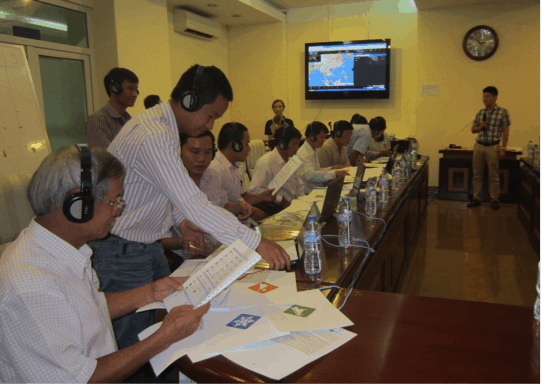