Southeast Asia is one of the most disaster-prone regions in the world, with dense populations and critical infrastructure residing in extreme hazard zones that wield continuous threats including tropical cyclones, earthquakes, volcanoes, wildfires, severe flooding, and a host of other hazards. The severity of risk people face within the region will never be forgotten following the catastrophic 2004 Indian Ocean earthquake and tsunami that claimed more than 230,000 lives in fourteen countries in one of the worst disasters in recorded history. Because natural hazards like this aren’t confined to political lines drawn by man, responding to large-scale events that affect multiple national boundaries is particularly challenging. Information sharing and coordination become even more complex between governments, which is why the Pacific Disaster Center (PDC) continues to partner on behalf of the Association of Southeast Asian Nations (ASEAN) on disaster risk reduction initiatives and to help advance evidence-based practices and technologies to protect the lives and livelihoods of millions in harm’s way.

Since the beginning of PDC’s longstanding partnership with ASEAN in 2004, the two organizations have been tackling challenges that include bridging gaps in critical information, technology, policies, and disaster planning and preparedness. Working together on a variety of capacity-building initiatives, one of the most noteworthy improvements undertaken by the two partners to protect ASEAN’s 12 member states is the Disaster Monitoring and Response System (DMRS) launched in partnership with PDC in 2012 through funding support from the U.S. Agency for International Development (USAID).

The DMRS system—built on PDC’s powerful DisasterAWARE® platform and customized for the ASEAN Humanitarian Assistance Centre (AHA Centre)—provides early warning and scientifically-verified global information for observational monitoring of hazards, predictive modeling of hazard impacts for disaster planning and response, as well as hundreds of other critical data like historical hazard information and global risk and vulnerability information. It consolidates hazard data from international and regional sources into a single real-time system that allows for collaboration and sharing of a common, transnational operating picture among all stakeholders including not only ASEAN Member State, but the international community. DMRS training for national disaster management representatives of the Member States and the AHA Centre was also provided as part of the project.

Other regional collaborations between PDC and the AHA Centre include a significant regional assessment of the risk and vulnerability of ASEAN’s 12 member states, the development of national training standards and practices, and disaster management exercises that test preparedness and plans against simulated realistic hazard scenarios. PDC and AHA Centre will continue to strengthen the two centers’ ongoing partnership in advancing disaster risk reduction and regional cooperation and have recently signed an official Memorandum of Intent to advance the vision of One ASEAN, One Response.

Learn more about PDC’s collaboration with ASEAN and the AHA Centre below: 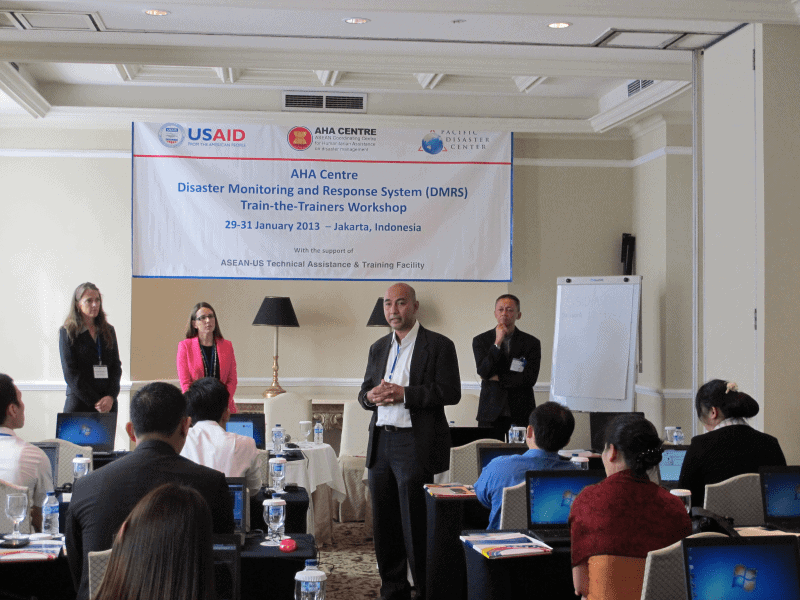 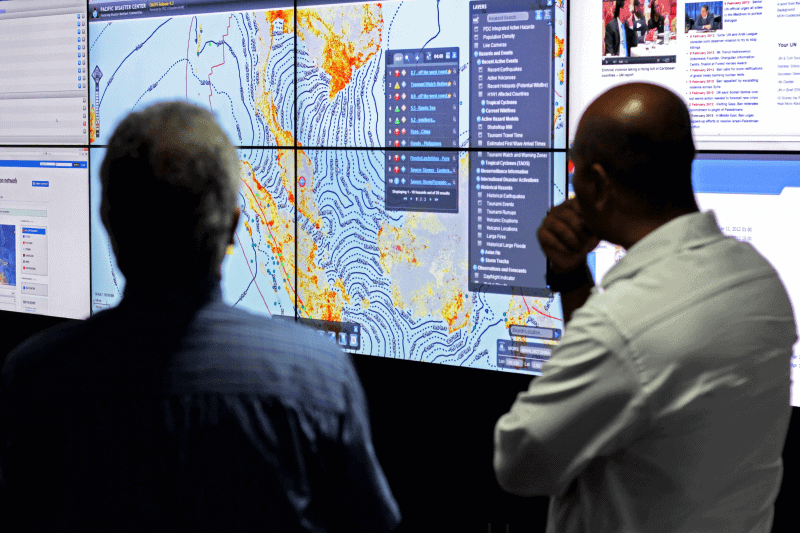 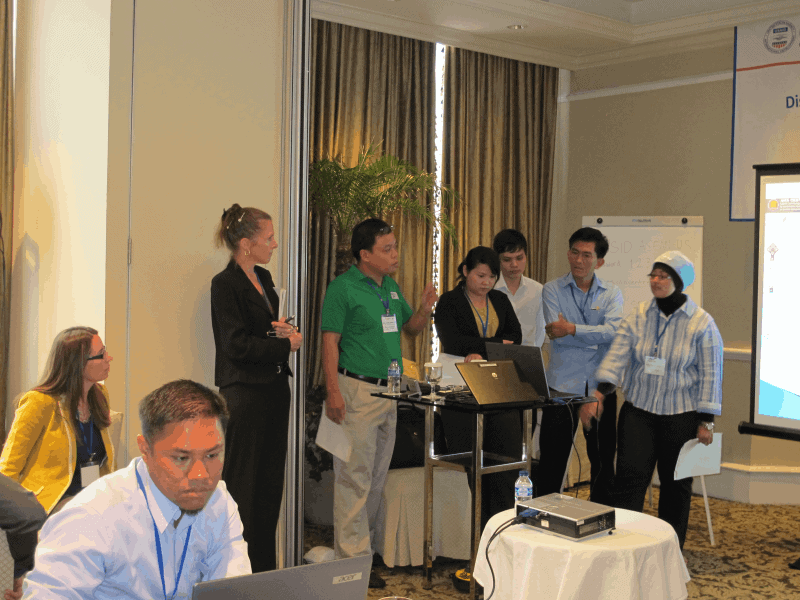 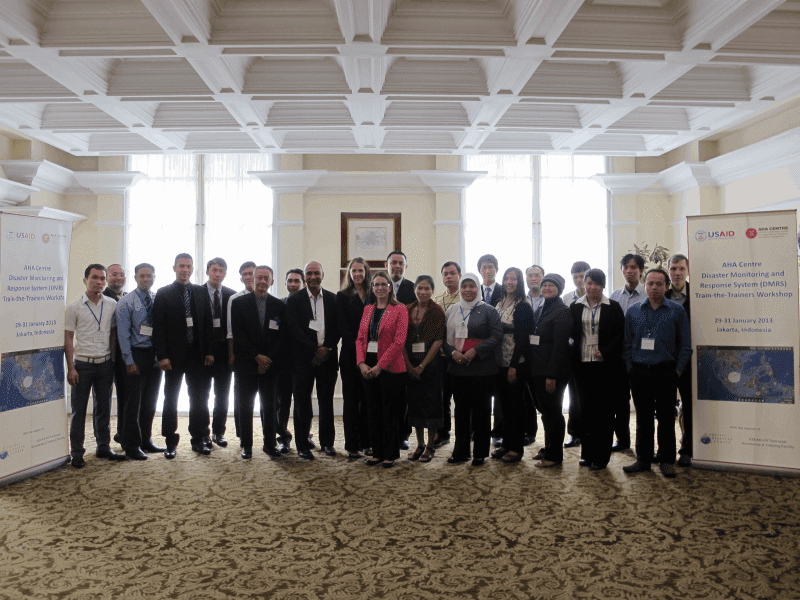 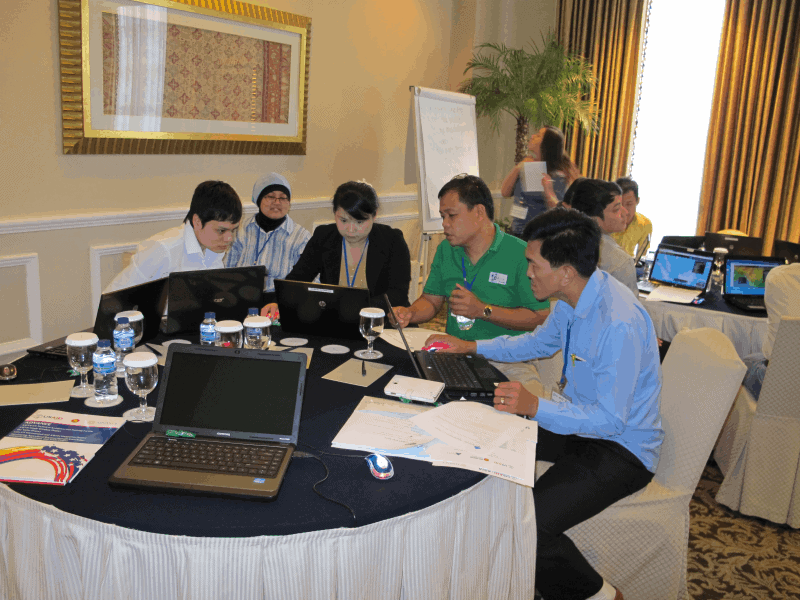 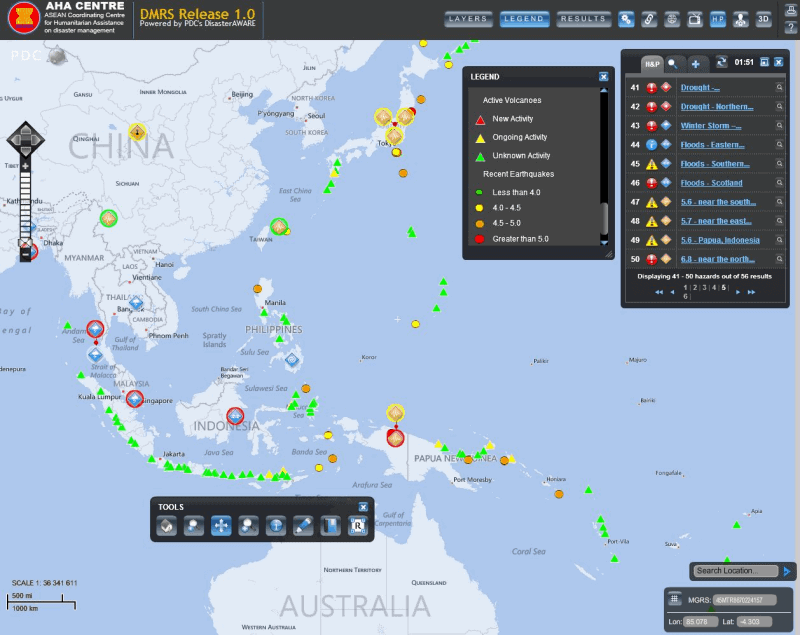