An exercise is underway that aims to advance United States Government (USG) coordination and response following a natural disaster impacting a foreign partner nation. The exercise, called “Nine Innings 2015,” is taking place in Quantico, Virginia, from April 20 to 23. Nine Innings brings together approximately 200 participants, and immerses them in a simulation involving a Magnitude 8.5 earthquake off the coast of Mindanao, Philippines, to which they will respond. U.S. and foreign governmental organizations and nongovernmental organizations (NGOs) are collaborating to identify potential capability gaps, and further clarify roles and responsibilities during this event which is designed to exceed the ability of the partner nation to respond.

Pacific Disaster Center (PDC) supported the scenario development, as well as providing on-site support through the use of PDC’s DisasterAWARE platform, which supplies participants with early warning, enables them to view and exchange critical updates and information as the scenario progresses, and facilitates communication among the various responding agencies and organizations, providing a common operating picture. 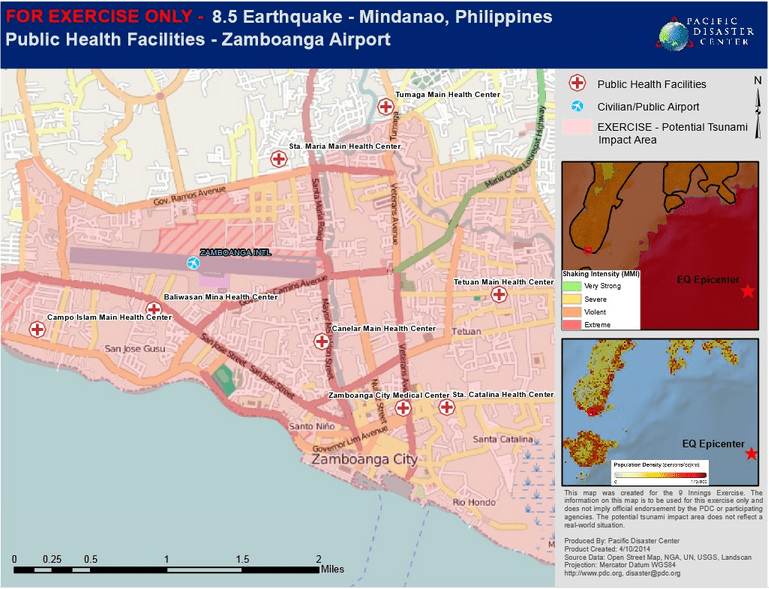 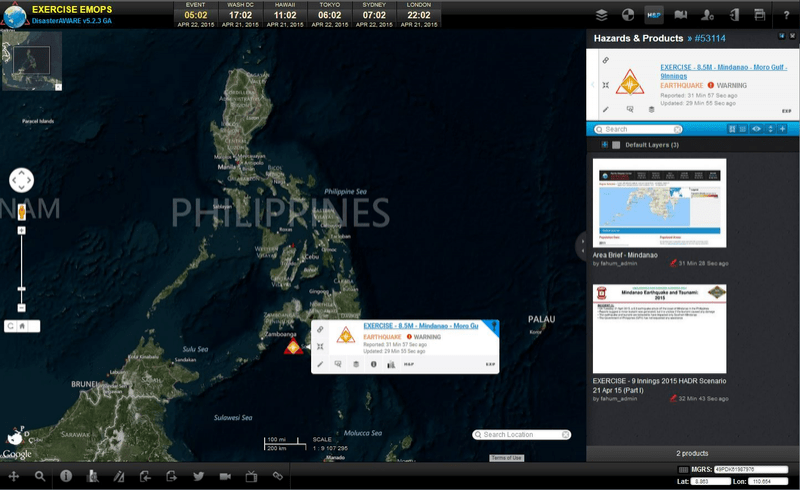