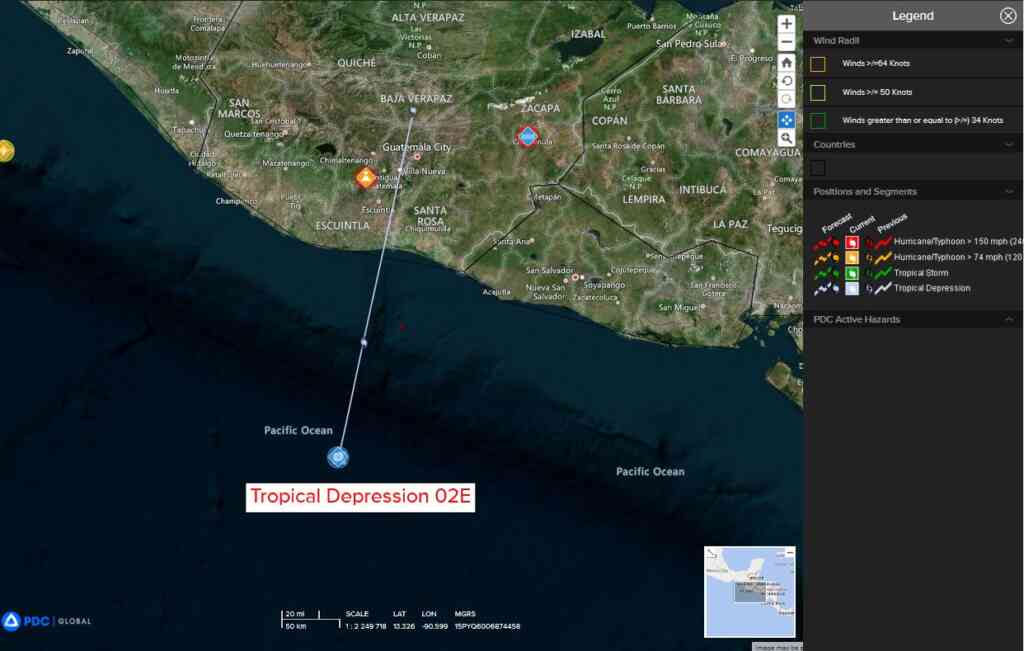 Tropical Cyclone 02E According to the NHC, the depression is moving toward the north-northeast near 6 mph (9 km/h), and a slow north or north-northeast motion is expected until landfall. On the forecast track, the center of the depression is expected to cross the coast of Guatemala early Sunday morning. Maximum sustained winds are now near 35 mph (55 km/h) with higher gusts. Some strengthening is possible before landfall, and the system could become a tropical storm Sunday morning. Weakening is expected after landfall, and the cyclone is likely to dissipate over the mountains of Central America Sunday night or Monday. HAZARDS AFFECTING LAND  RAINFALL: The depression is expected to produce total rain accumulations of 10 to 15 inches over El Salvador, southern Guatemala, and western Honduras, and 5 to 10 inches over northwest Nicaragua, Belize, and the Mexican states of Chiapas, Tabasco, Veracruz, and Oaxaca.  Isolated maximum amounts of 20 inches are possible in El Salvador and southern Guatemala.  This rainfall may produce life-threatening flash floods and mudslides. WIND: Tropical storm conditions are expected within the warning area on Sunday. 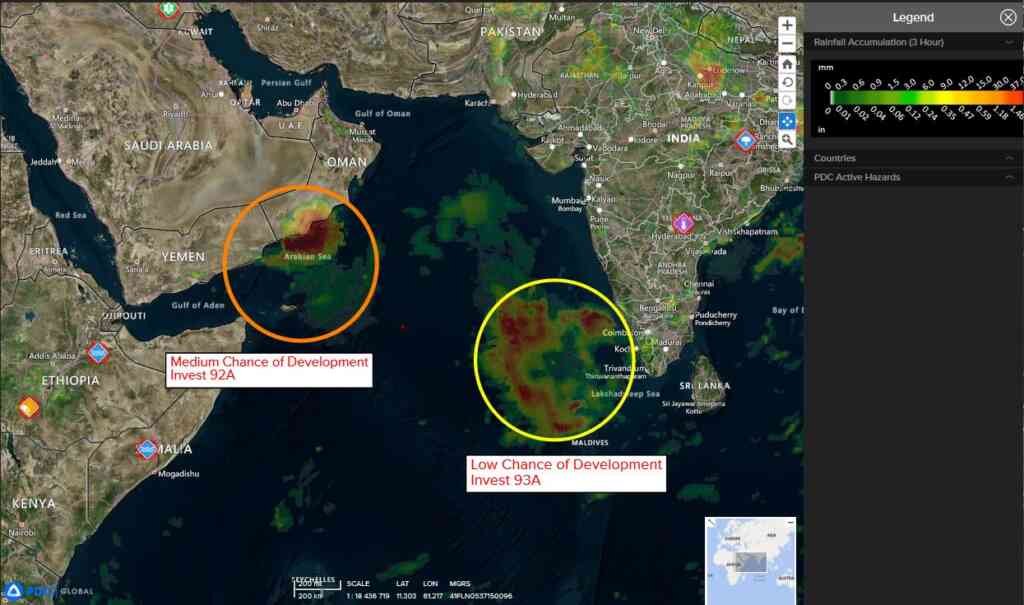