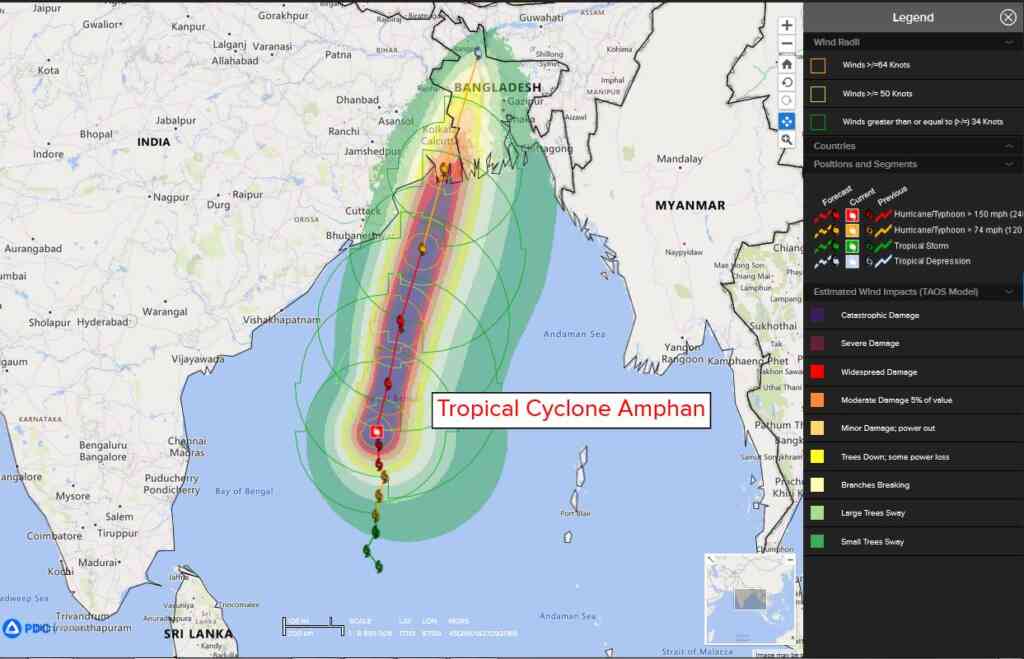 Tropical Cyclone 01B (Amphan) is an extremely dangerous storm, which will bring flooding rainfall, high surf, high winds…and a large storm surge to a highly populated low elevation area Sustained winds of 110 knots, with gusts to 135 knots…as of Warning 13 Here’s what the computer models are showing According to the JTWC, satellite imagery shows an expansive system (over 600 NM across), which continued to consolidate with super-dense, deep, and symmetrical central convection. TC 01B is in a favorable environment with moderate 15-20 knot wind shear, that is being offset by strong radial outflow, and a storm motion that’s in-phase with the upper level winds. Sea surface temperatures are highly conducive. Wind shear will increase as the TC moves poleward, however the strong radial outflow and the storm motion being in-phase with the upper level wind flow, will easily offset the wind shear. In addition, along-track sea surface temperatures are very conducive. TC Amphan will continue to track northward in the Bay of Bengal. The favorable conditions will continue to promote rapid intensification to a peak of 150 knots around 12 hours. Afterward, increasing wind shear will begin to weaken the system down to 85 knots by 48 hours…as it makes landfall just to the south of Kolkata. After landfall, extremely rugged terrain, in addition to high wind shear, will rapidly erode the cyclone, leading to dissipation by 72 hours. Indian Meteorology Department…Cyclone Bangladesh Meteorological Department…Cyclone News story about the storm 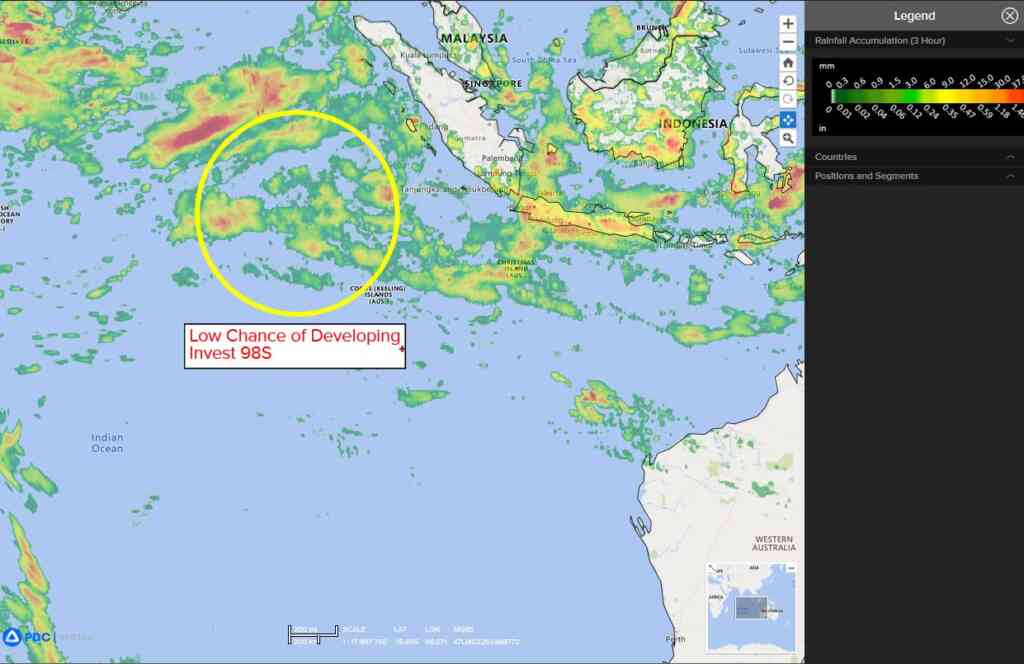 There’s a tropical disturbance, being referred to as Invest 98S, which is located approximately 508 NM northwest of Cocos Island, Australia Here’s what the computer model is showing According to the JTWC, satellite imagery shows a very broad and weak low level circulation. Environmental analysis reveals the disturbance is in a favorable environment, with good poleward outflow, warm sea surface temperatures…and low 5-10 knot wind shear. Global models indicate that 98S will track southwestward while consolidating, reaching warning criteria within 2-3 days. Maximum sustained surface winds are estimated at 10-15 knots. The potential for the development of a significant tropical cyclone within the next 24 hours remains low.