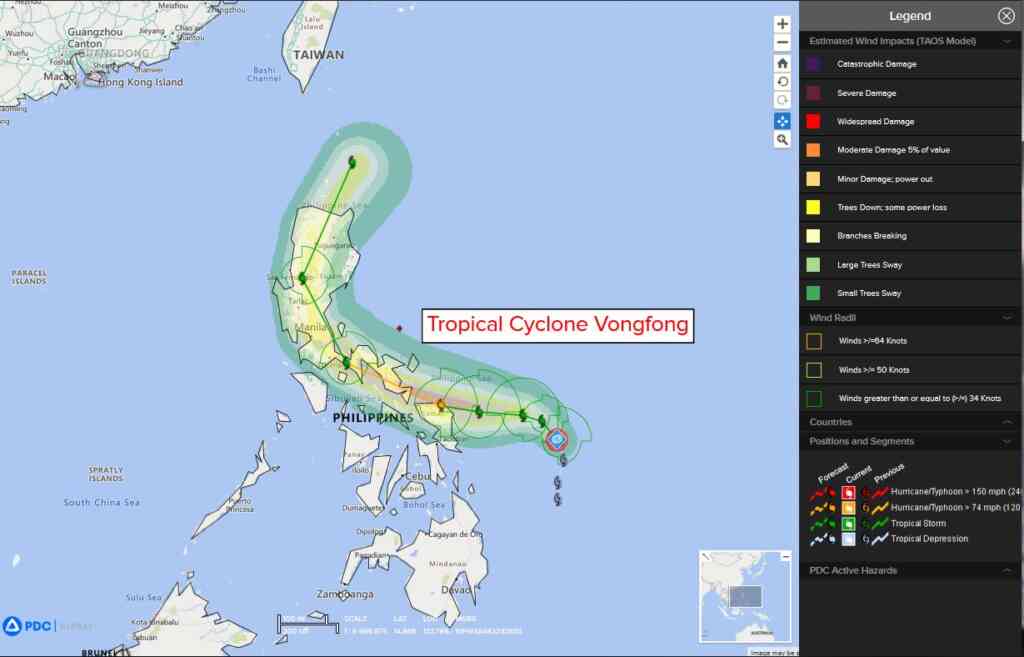 Tropical Cyclone 01W (Vongfong) Sustained winds of 70 knots, with gusts to 85 knots…as of Warning 7 Here’s what the computer models are showing According to the JTWC, satellite imagery shows deep, symmetrical convection obscuring a low level circulation center below. Tropical storm Vongfong is traversing an environment favorable for rapid intensification, with low 5-10 knot wind shear, established equatorward and poleward outflow, and warm sea surface temperatures. Over the next 12 hours, the storm will track generally north-northwestward, then generally westward from 24 hours until landfall at Samar Island by 48 hours. The environment over the next 2-days is expected to remain highly favorable for further development and intensification, as the system moves over the warm waters of the Philippine Sea. The peak intensity of 65 knots is forecast to occur by 48 hours, whereupon the system will struggle to further intensify as it makes landfall by 48 hours. After 72 hours, the storm will begin a northwestward track until 96 hours…as it travels over land. The friction effects of land interaction will limit further development and lead to slight weakening of the system. However, this weakening will be offset by continue robust poleward outflow…and low 5-10 knot wind shear. By 96 hours, the system will weaken to 50 knots, primarily due to the long track over land during this period. TS 01W will to track north-northeastward after this time, and reach the warm waters of the Philippine Sea north of Aparri by 120 hours. What Pagasa is saying about what they’re calling Tropical Storm Ambo

There are no active tropical cyclones PDC will resume production of these daily reports when the 2020 hurricane season begins again on May 15th.