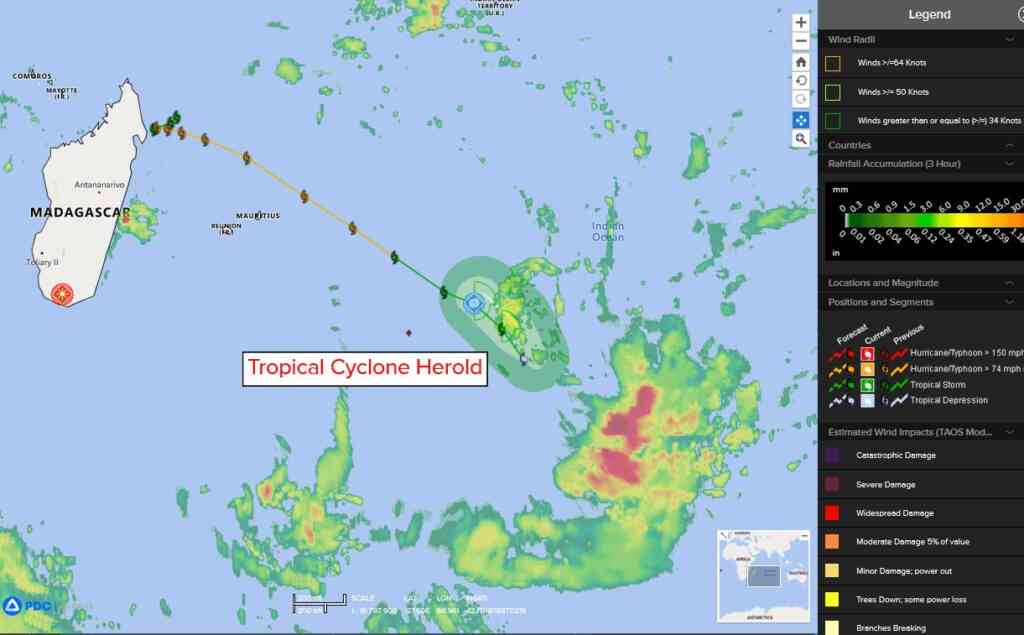 Tropical Cyclone 22S (Herold) – Final Warning Sustained winds of 30 knots, with gusts to 40 knots…as of Warning 14 Here’s what the computer models are showing According to the JTWC, satellite imagery depicts a well defined,gully exposed low level circulation, with sporadic, flaring convection sheared over the southeastern semi-circle. TC Herold is tracking into an increasingly unfavorable environment, with high 30-35 knot wind shear, and cooler sea surface temperatures. These unfavorable conditions have caused the TC to weaken significantly and dissipating over water.