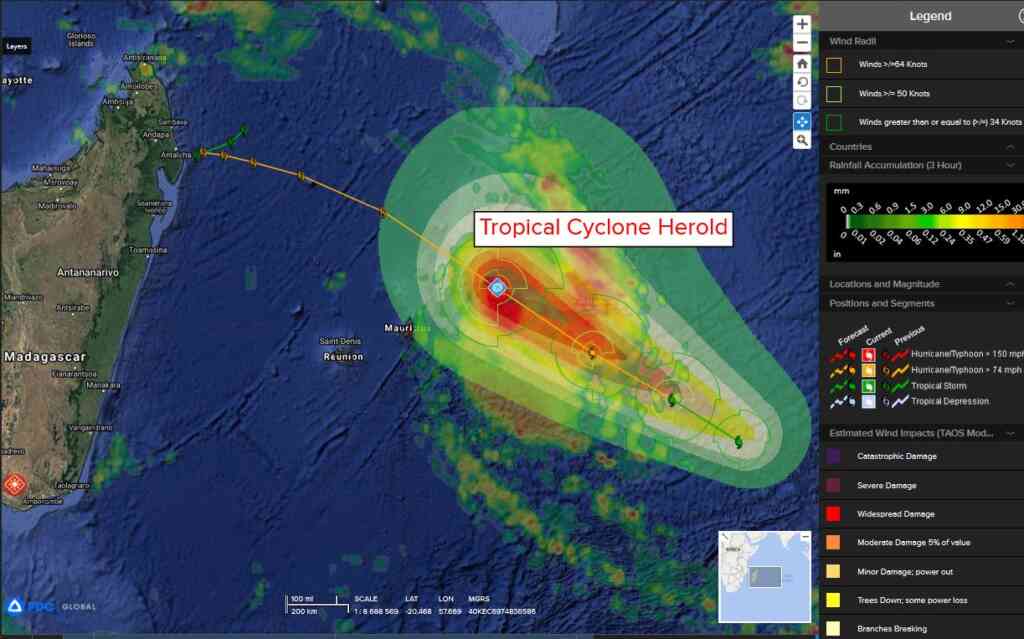 Tropical Cyclone 22S (Herold) Sustained winds of 70 knots, with gusts to 85 knots…as of Warning 10 Here’s what the computer models are showing According to the JTWC, satellite imagery depicts a weakening trend over the past 12 hours, with the upper level convection of TC 22S sheared to the southeast of a partially obscured low level circulation center. TC Herold is forecast to track east-southeastward through the period. The storm is expected subtropical as it moves under the upper level westerlies in an increasingly unfavorable environment. Increasing wind shear and cooler sea surface temperatures will cause the storm to continue weakening.