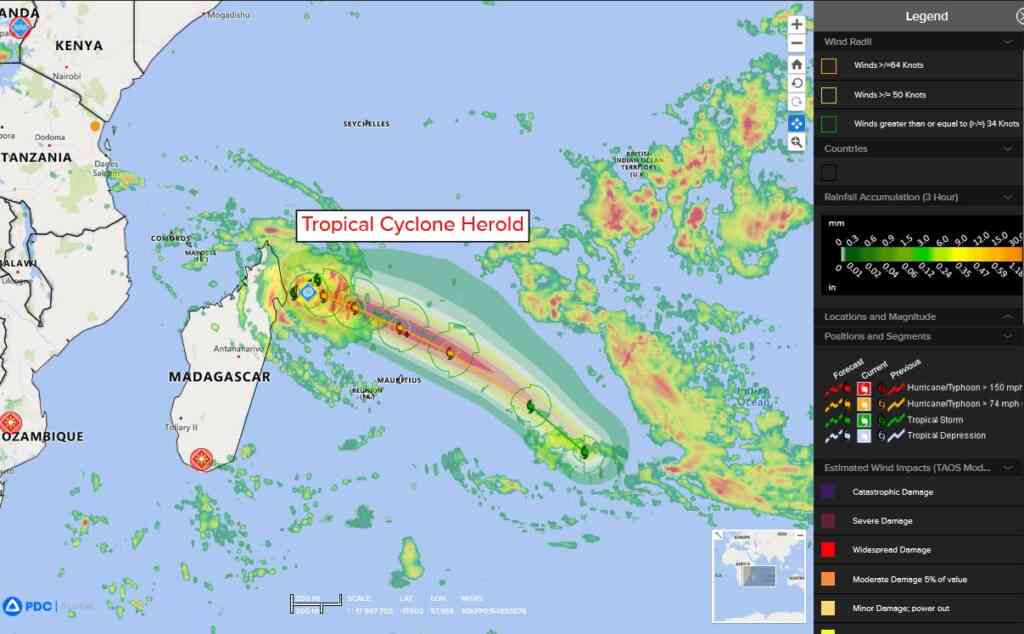 Tropical Cyclone 22S (Herold) Sustained winds of 80 knots, with gusts to 100 knots…as of Warning 6 Here’s what the computer models are showing According to the JTWC, satellite imagery shows thinning convection over the center of the system, although continued convection within the poleward semicircle. The convection along the equatorward side appears to have diminished…possibly due to land interaction with Madagascar. Upper level analysis reveals low 5-10 knot wind shear and established equatorward and poleward outflow channels. Paired with warm sea surface temperatures, TC 22S is located within an overall favorable environment. TC Herold will accelerate east-southeastward to southeastward for the remainder of the forecast. The highly favorable environment will allow the system to intensity to a peak of 95 knots by 36 hours…with the chance of rapid intensification allowing for a higher peak intensity. Thereafter, increasing wind shear and cooling sea surface temperatures will begin to weaken TC 22S. 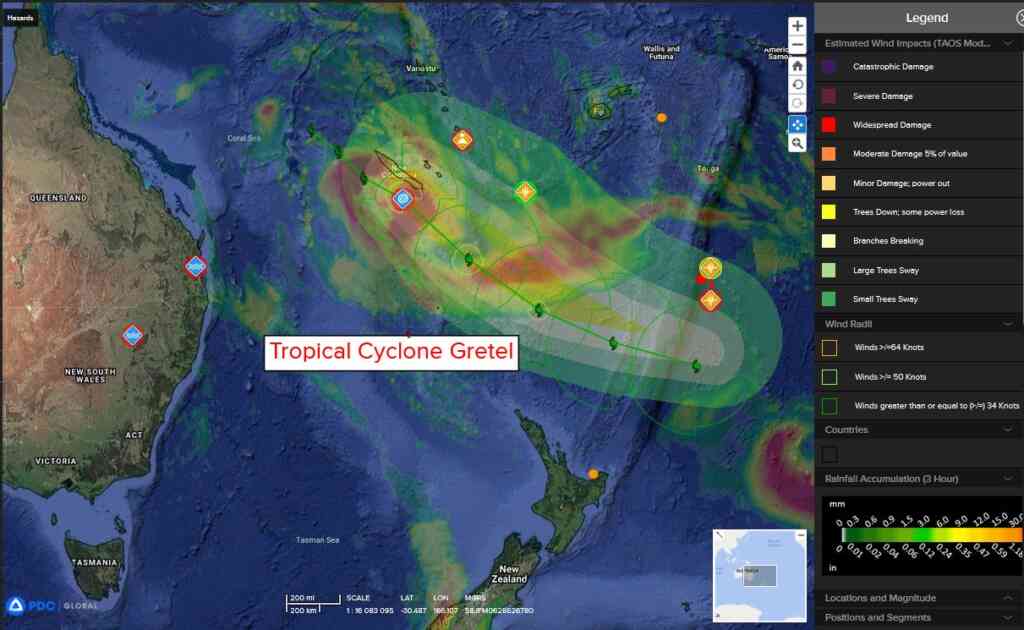 Tropical Cyclone 23P (Gretel) – Final Warning Sustained winds of 80 knots, with gusts to 100 knots…as of Warning 6 Here’s what the computer models are showing According to the JTWC, satellite imagery reveals diminishing deep convection on the equatorward side of the low level circulation center. However, convection continues to wrap into the low level circulation center. Environmental analysis reveals robust poleward outflow, moderate 15-20 knot wind shear, and warm sea surface temperatures, contributing to an overall marginally favorable environment. TC 23P will track first southeastward then east-southeastward for the duration of the forecast period. This marginal environment will support its current intensity in the near term, although after 12 hours, high wind shear will steadily weaken the system. News Report about Cyclone Gretel from nzherald.com