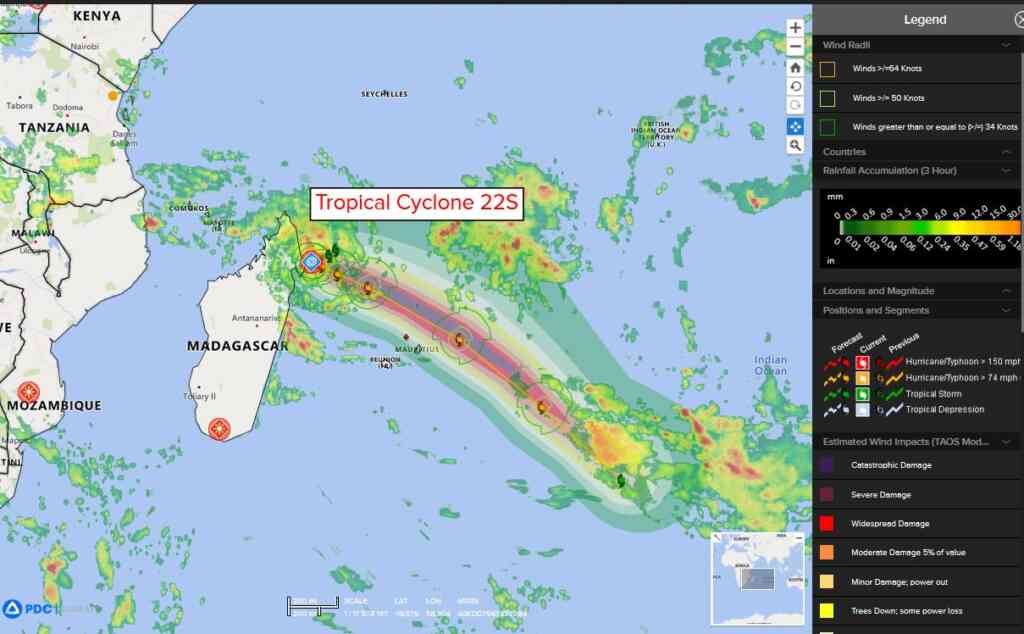 Tropical Cyclone 22S (Herold) Sustained winds of 65 knots, with gusts to 80 knots…as of Warning 4 Here’s what the computer models are showing According to the JTWC, satellite imagery shows deep convection wrapping tightly into a defined low level circulation center. TC 22S is located within a overall favorable environment, with dual channel upper level outflow, low 5-10 knot wind shear, and warm sea surface temperatures. Located with a weak steering environment, the storm is expected to remain nearly stationary for the next 12 hours. Then be steered east-southeast slowly at first, then more quickly, intensifying to 100 knots by 48 hours…peaking at 105 knots within 48 hours. Afterwards, increasing wind shear and cooling sea surface temperatures will begin…leading to weakening trend. 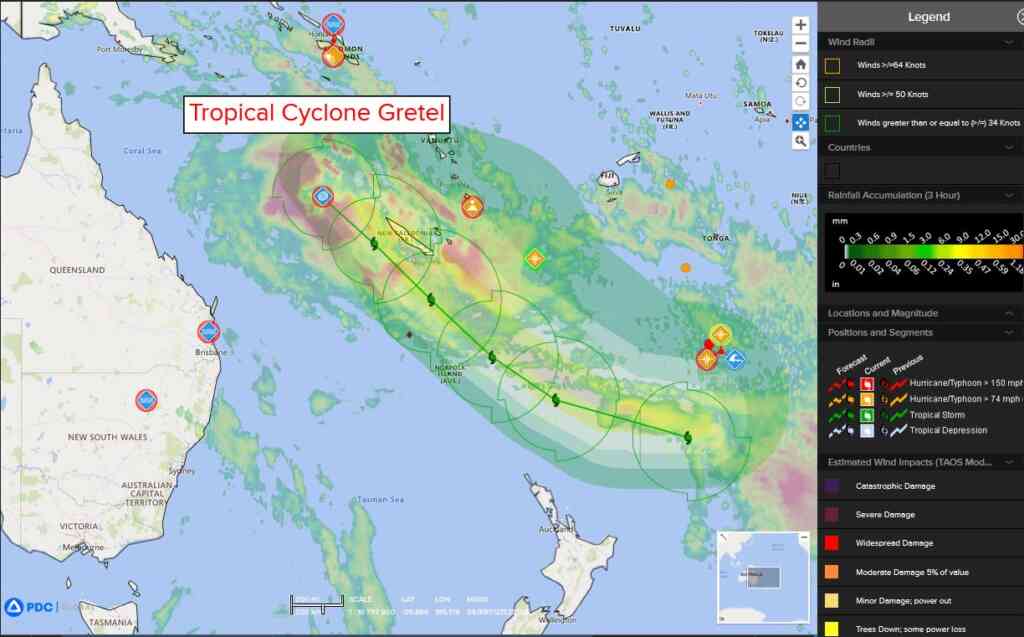 Tropical Cyclone 23P (Gretel) Sustained winds of 50 knots, with gusts to 65 knots…as of Warning 2 Here’s what the computer models are showing According to the JTWC, satellite imagery reveals a large 300-400 NM central dense overcast. The environment surrounding TC 23P is marginally favorable with excellent outflow, particularly on the poleward side, moderate 15-20 knot wind shear, and warm sea surface temperatures. This environment will support intensification through 24 hours. Afterward, strong wind shear and cooler sea surface temperatures will cause some weakening for the remainder of the forecast.