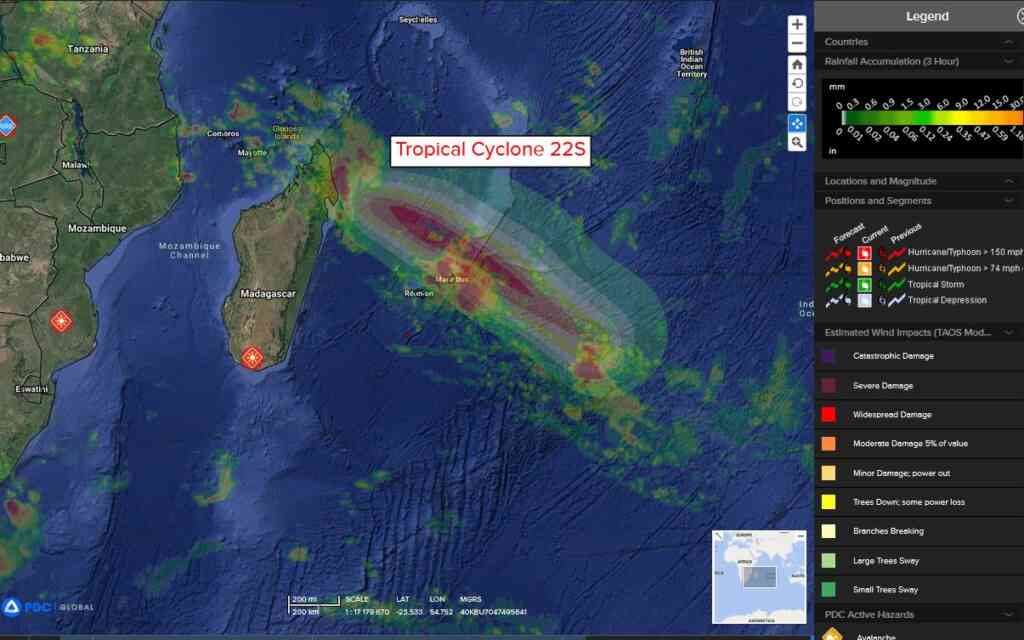 Tropical Cyclone 22S (Herold) Sustained winds of 45 knots, with gusts to 55 knots…as of Warning 2 Here’s what the computer models are showing According to the JTWC,satellite imagery shows persistent deep convective banding over the western semicircle of a consolidating system. TC 22S is currently located within a weak steering environment, although is forecast to drift southward to southeastward through 48 hours. After 48 hours, the storm is forecast to accelerate east-southeastward to southeastward. Global models generally agree that the storm will intensify steadily through 72 hours, with good equatorward outflow and enhanced poleward outflow, associated with an approaching mid-latitude shortwave trough, as well as low wind shear…and warm sea surface temperatures. After 72 hours, a sharp weakening trend should occur. 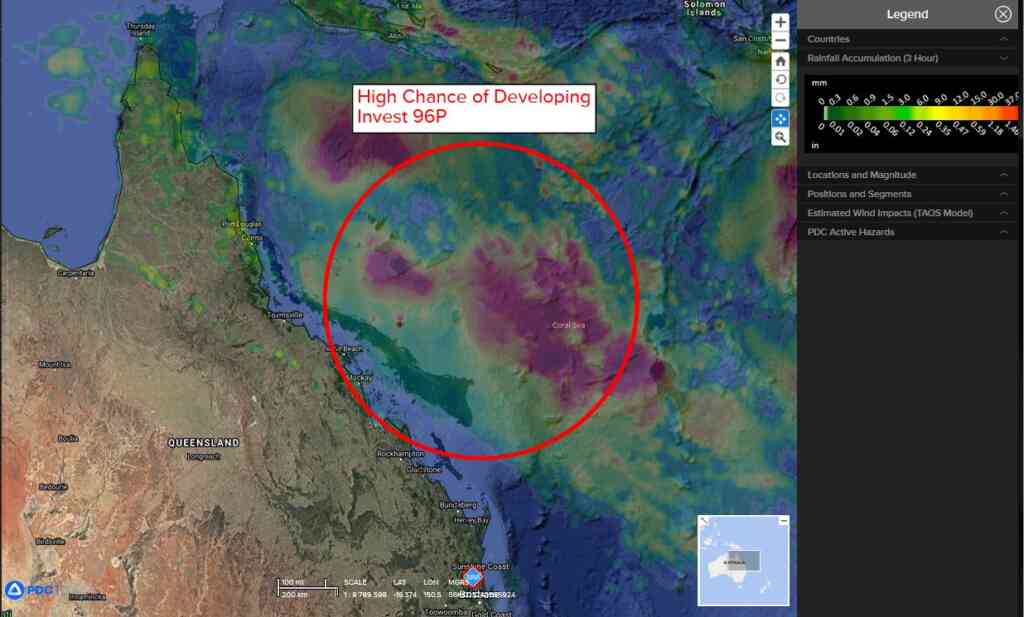 Meanwhile, there’s a tropical disturbance, being referred to as Invest 96P, which is located 177 NM east of Willis Island, Australia Here’s what the computer models are showing Here’s a radar image from Willis Island According to the JTWC, satellite imagery shows a very broad, although tightening, low level circulation center…with peripheral fragmented deep convection. Invest 96P is currently in a favorable environment, with developing dual channel outflow, low 15-20 knot wind shear, and warm sea surface temperatures Global models are in good agreement that 96P will track generally southeastward, while continuing to tighten and consolidate. Maximum sustained surface winds are estimated at 25-30 knots. The potential for the development of a significant tropical cyclone within the next 24 hours remains high.