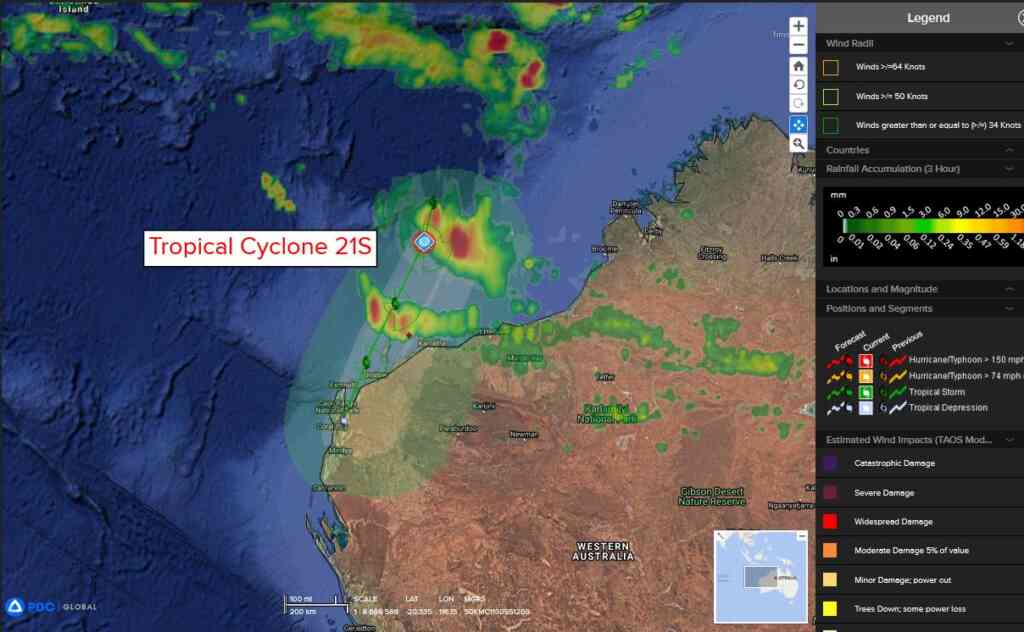 Tropical Cyclone 21S – Final Warning Sustained winds of 35 knots, with gusts to 45 knots…as of Warning 3 Here’s what the computer models are showing According to the JTWC,satellite imagery shows a partially exposed low level circulation center, with persistent flaring convection being sheared to the southeast. The storm has entrained some dry air, although upper level analysis indicates sustained poleward outflow and low to moderate 15-20 knot wind shear. TC 21S will track slowly south-southwestward throughout the forecast period, remaining as a marginal system until it dissipates by 36 hours…if not sooner. The system will weaken as wind shear increases and the storm begins to interact with land prior to landfall. 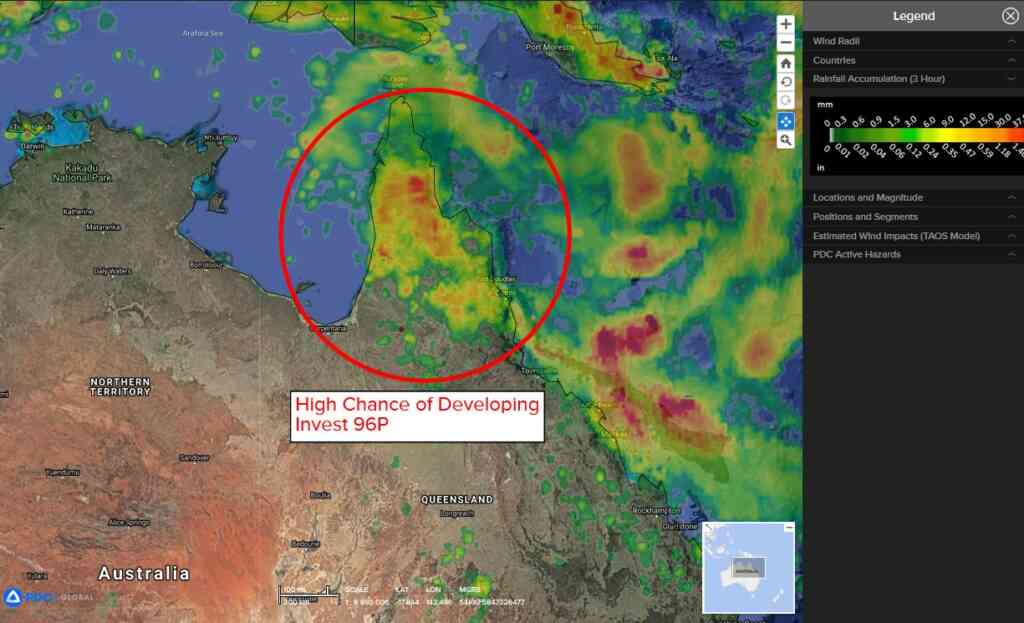 Finally, there’s a tropical disturbance, being referred to as Invest 96P, which is located 170 NM northeast of Cairns, Australia Here’s what the computer models are showing Here’s a radar image from Cairns According to the JTWC, satellite imagery shows a broad, low level circulation, with pockets of deep convection. Invest 96P is currently over land and supported by favorable upper level conditions of <15 knot wind shear, good equatorward outflow, and robust poleward outflow. The surrounding sea surface temperatures are warm and will support development, as 96P continues to track eastward then southeastward…quickly intensifying over water. Global models are in good agreement that 96P will track generally eastward over the Gulf of Carpentaria…with minimal development. Maximum sustained surface winds are estimated at 25-30 knots. The potential for the development of a significant tropical cyclone within the next 24 hours remains high.