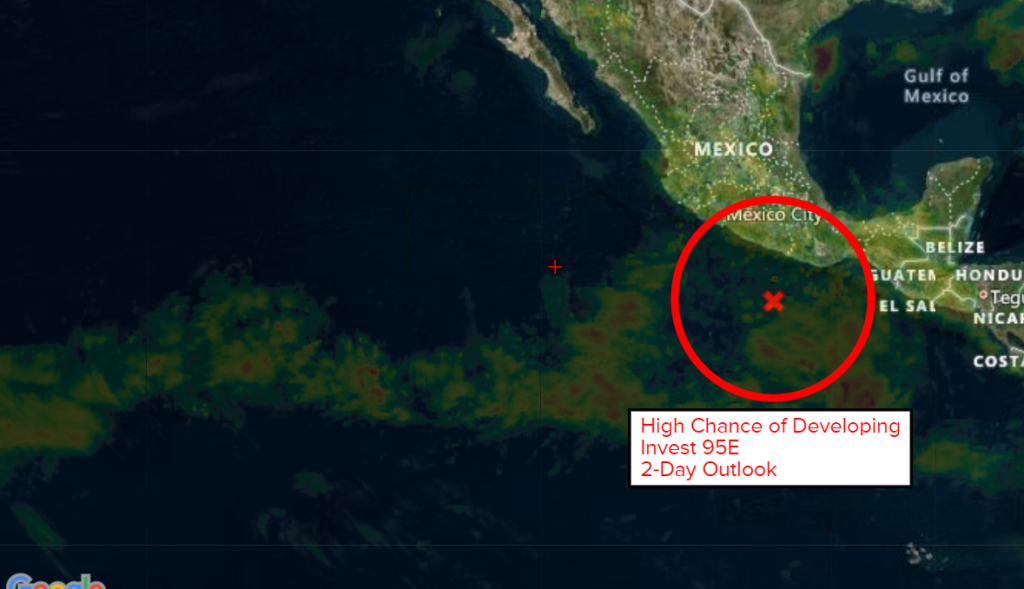 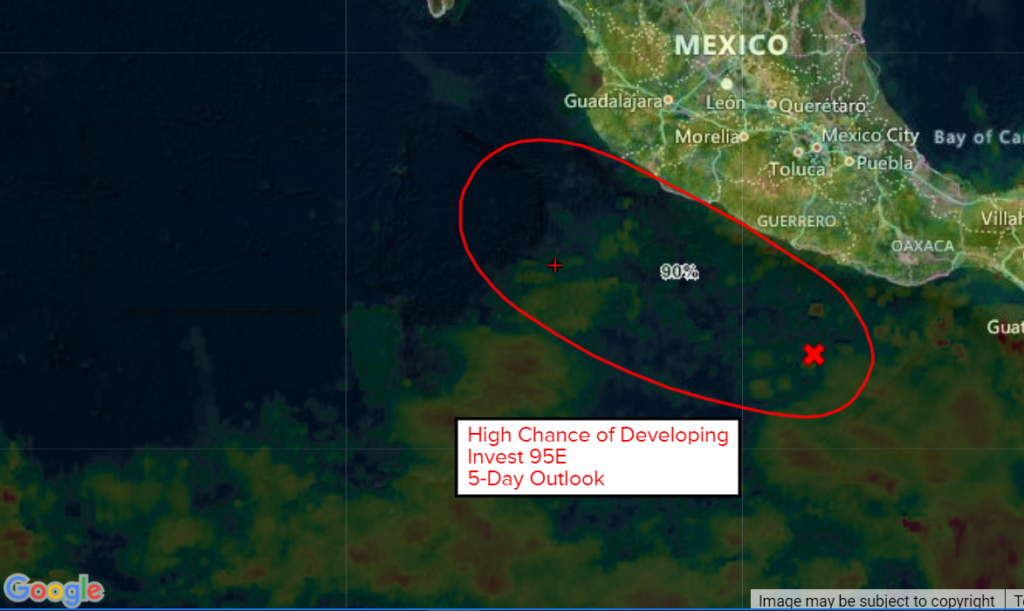 What the computer models are showing for what’s being referred to as Invest 95E A strong tropical wave located over the far eastern Atlantic off the African coast is producing a broad and disorganized area of showers and a few thunderstorms. As the system moves west- northwestward into the central Atlantic Ocean during the next few days, conditions appear at best only marginally conducive for development due to relatively cool ocean temperatures. However, some development of this system is still possible by early next week. * Formation chance through 48 hours…high…100 percent * Formation chance through 5 days…high…100 percent   Tropical Cyclone 06W (Champi) 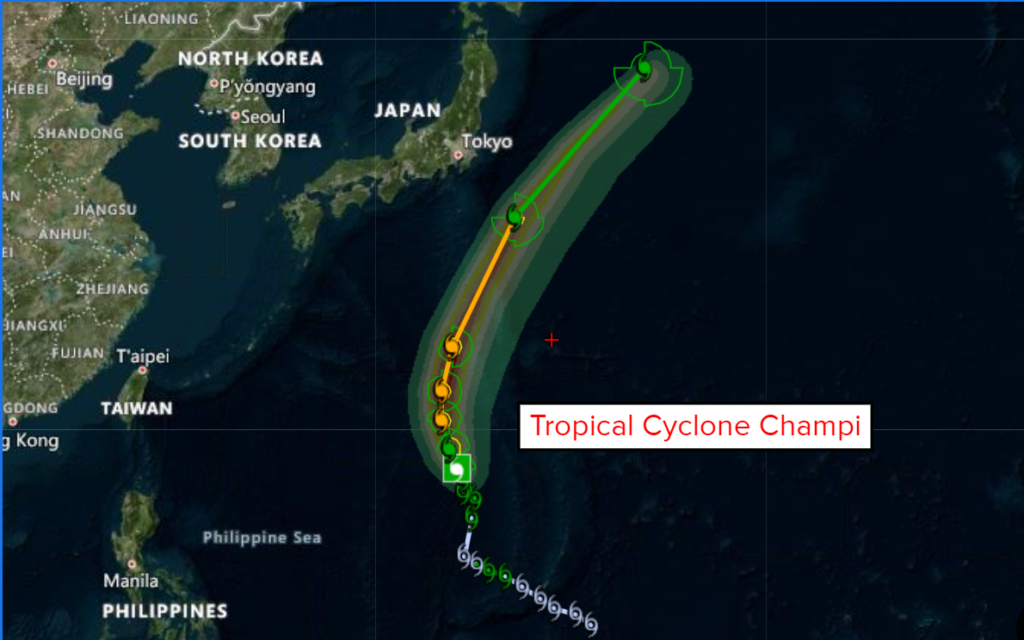 Sustained 60 knot winds…with gusts to 75 knots (as of Warning Number 17) Here’s what the computer models are showing According to the JTWC, satellite imagery shows the system is steadily improving in overall structure, though still struggling somewhat within a relatively weak outflow environment. The overall environment is steadily improving, with a poleward outflow mechanism beginning to develop, adding to the already moderate to strong equatorward outflow. While the airmass to the west has moistened over the previous 12 hours, which is allowing for continued consolidation of the core. With the continued improvement in the upper-level pattern, the stage is set for a period of marked intensification. Tropical storm 06W is forecast to continue tracking north-northwestward through 24 hours, then turn northward by 36 hours as it approaches the subtropical ridge axis. By 48 hours, the system is expected to have rounded the ridge and begin accelerating northeastward. by around 60 hours, TS Champi will begin to undergo extratropical transition as it moves over rapidly cooling waters north of the 28th latitude. The system is expected to complete this transition no later than 96 hours, but likely as early as 84 hours, to the east of northern Honshu, as it becomes embedded under the strong mid-latitude westerly flow aloft. With the environmental conditions showing signs of steady improvement, the development of dual channel outflow in the near-term, warm sea surface temperatures and low wind shear, the JTWC intensity forecast calls for steady intensification to a peak of 75 knots between 36 and 48 hours. After 48 hours, the system will cross over much cooler waters, and encounter dramatically increasing wind shear, which will serve to offset the robust poleward outflow, and induce rapid decay of the system as it races northeast and completes extratropical transition.   Here’s a link to the National Hurricane Center in Miami Here’s a link to the Central Pacific Hurricane Center in Honolulu Here’s a link to the Joint Typhoon Warning Center (JTWC)   For real-time information on current disasters download PDC’s free Disaster Alert mobile app available for your iOS or Android devices today! Also be sure to monitor PDC on Twitter, Facebook, and by accessing the web-accessible Disaster Alert from your computer, phone, or tablet.