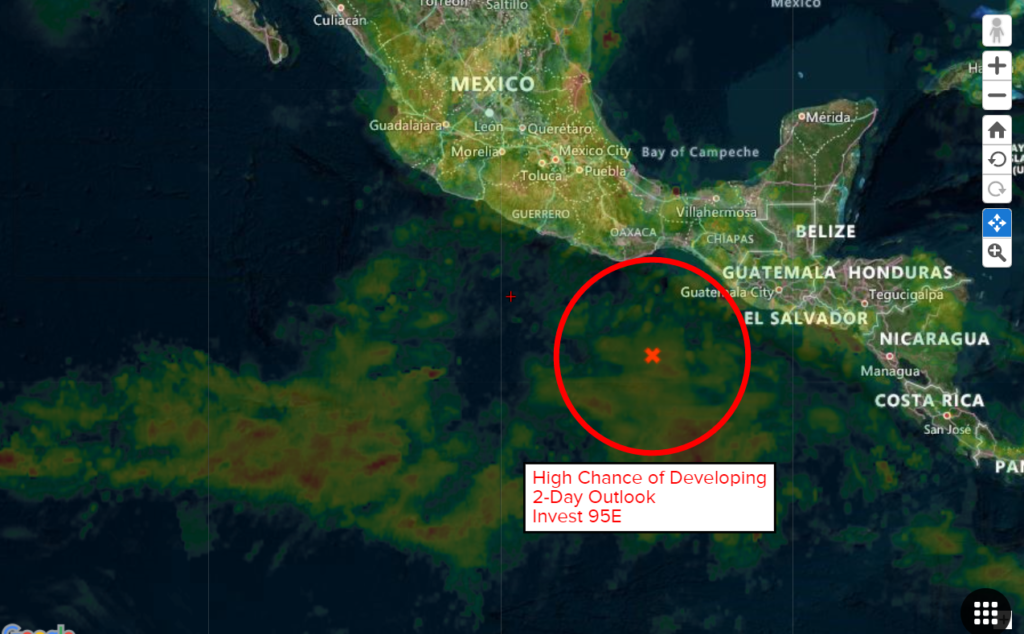 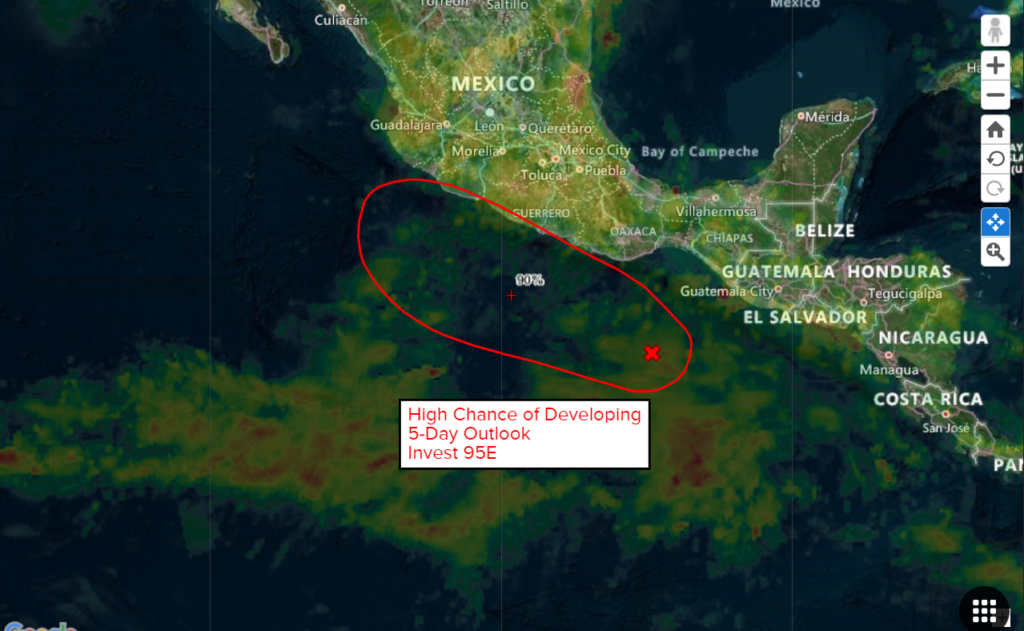 What the computer models are showing for what’s being referred to as Invest 95E Showers and thunderstorms are gradually becoming better organized in association with a broad area of low pressure located a couple of hundred miles south of the coast of southern Mexico. Environmental conditions are conducive for further development, and a tropical depression is expected to form during the next couple of days while the disturbance moves west-northwestward at about 10 mph. This system is expected to be near the coast of southern or southwestern Mexico through the weekend, and interests in those areas should monitor its potential for development, as well as the threat of heavy rainfall and flooding. * Formation chance through 48 hours…high…80 percent * Formation chance through 5 days…high…90 percent   Tropical Cyclone 06W (Champi) 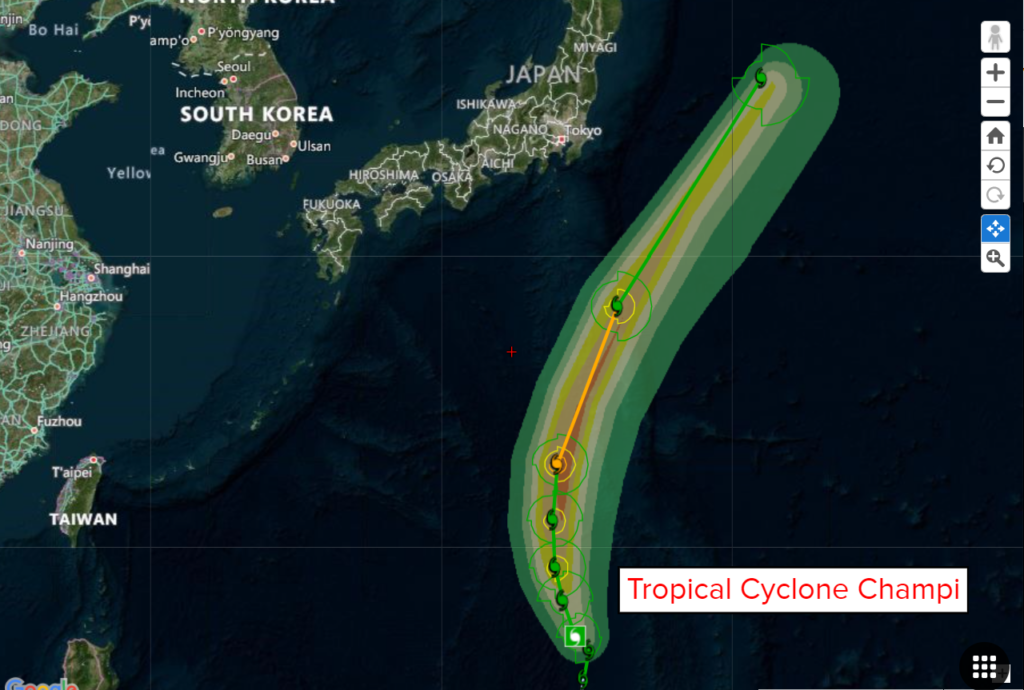