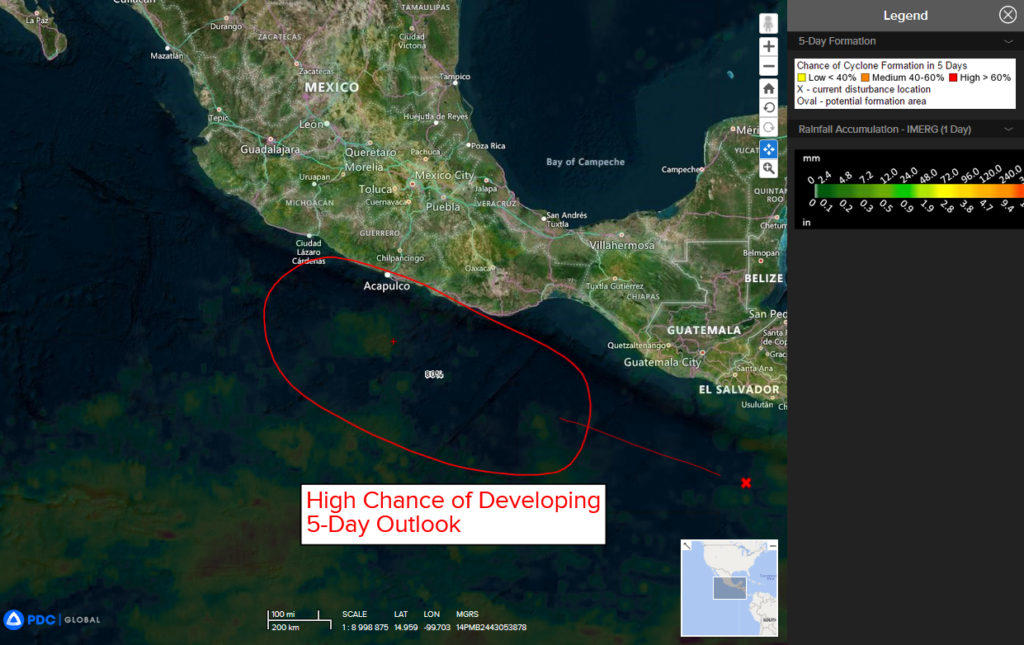 A tropical wave is producing disorganized showers and thunderstorms extending several hundred miles south of the coasts of Guatemala, El Salvador, and southern Mexico. Environmental conditions appear conducive for development of this system, and a tropical depression is expected to form late this week or this weekend while moving west-northwestward at about 10 mph. This system is expected to be near the coast of southern or southwestern Mexico by this weekend, and interests in those areas should monitor its progress. * Formation chance through 48 hours…medium…40 percent * Formation chance through 5 days…high…90 percent   Tropical Cyclone 06W 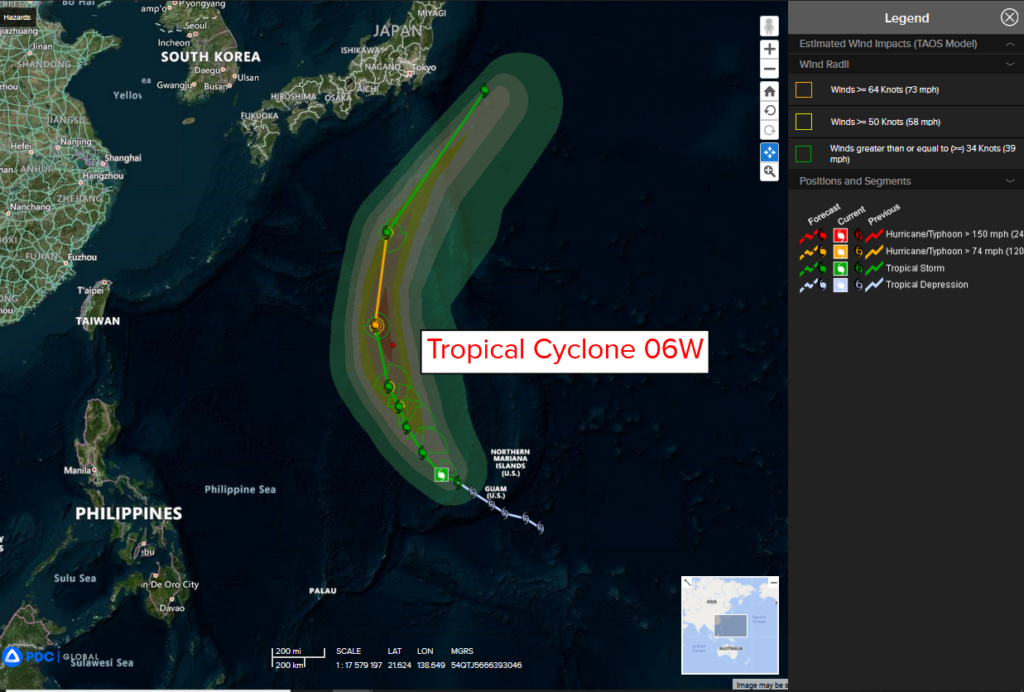 Sustained 30 knot winds…with gusts to 40 knots (as of Warning Number 8) Here’s what the computer models are showing According to the JTWC, satellite imagery shows the system has maintained overall convective signature with a central dense overcast totally obscuring the low level circulation center. Feeder bands remain minimal, disorganized, and fragmented. The environment is marginally favorable with warm sea surface temperatures and low wind shear, tempered by a weak poleward outflow into a tutt cell to the northeast. The marginally favorable environment will fuel a steady intensification to a peak of 65 knots by 72 hours, as poleward outflow increases following initial exposure to the prevailing westerlies. Afterward, increasing wind shear and cooling sea surface temperatures will slowly erode the cyclone.   Here’s a link to the National Hurricane Center in Miami Here’s a link to the Central Pacific Hurricane Center in Honolulu Here’s a link to the Joint Typhoon Warning Center (JTWC)   For real-time information on current disasters download PDC’s free Disaster Alert mobile app available for your iOS or Android devices today! Also be sure to monitor PDC on Twitter, Facebook, and by accessing the web-accessible Disaster Alert from your computer, phone, or tablet.