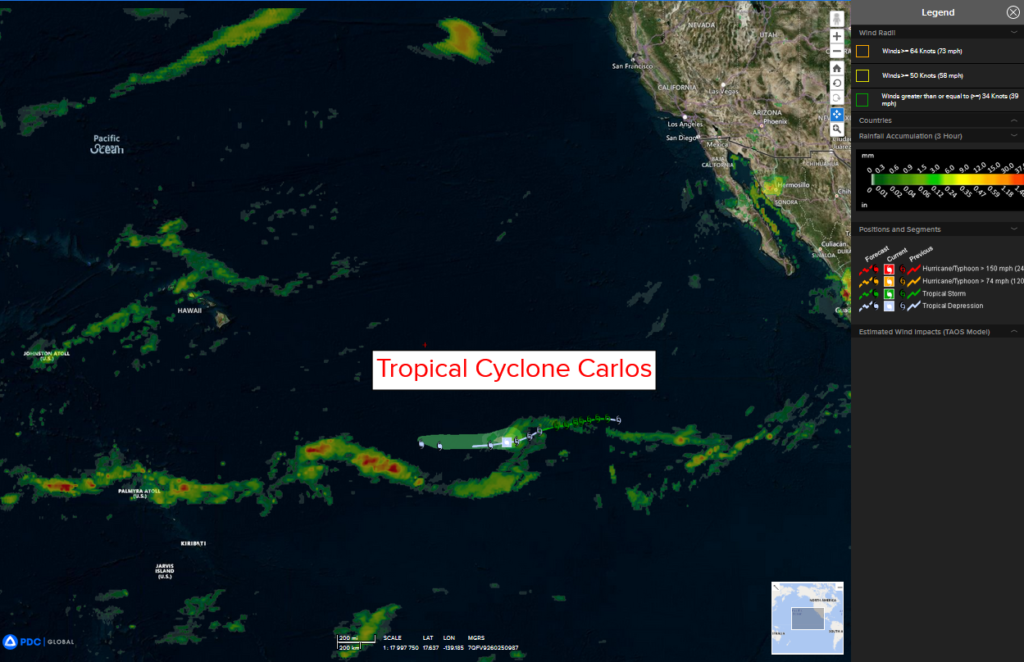 Here’s what the computer models are showing for Tropical Cyclone 03E (Carlos) According to the NHC, the depression is moving toward the west near 8 mph (13 km/h), and this general motion is expected to continue for the next several days. Maximum sustained winds are near 35 mph (55 km/h) with higher gusts. Carlos is expected to degenerate into a remnant low tomorrow and dissipate in a few days. 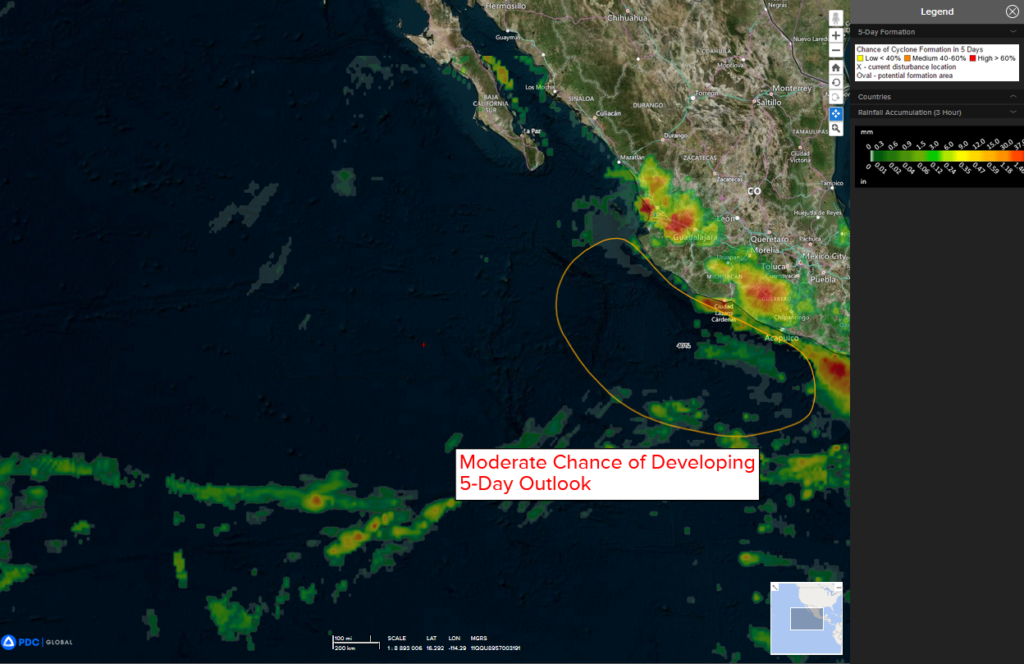 Disorganized showers and thunderstorms located a few hundred miles south of the coast of southern Mexico are associated with a broad trough of low pressure. A low-pressure system is expected to develop along this trough within the next couple of days as a tropical wave moves westward across the area. Environmental conditions should be favorable for gradual development of this disturbance later this week, and a tropical depression could form over the weekend while the system moves slowly northwestward, offshore of and parallel to the southwestern coast of Mexico. * Formation chance through 48 hours…low…10 percent * Formation chance through 5 days…medium…60 percent   Here’s a link to the National Hurricane Center in Miami Here’s a link to the Central Pacific Hurricane Center in Honolulu Here’s a link to the Joint Typhoon Warning Center (JTWC)   For real-time information on current disasters download PDC’s free Disaster Alert mobile app available for your iOS or Android devices today! Also be sure to monitor PDC on Twitter, Facebook, and by accessing the web-accessible Disaster Alert from your computer, phone, or tablet.