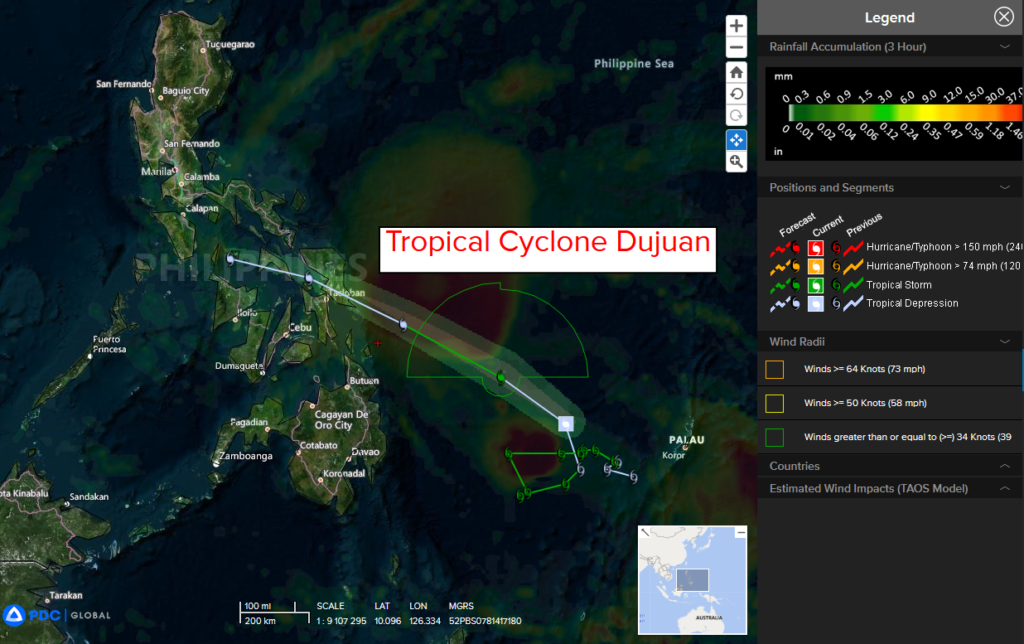 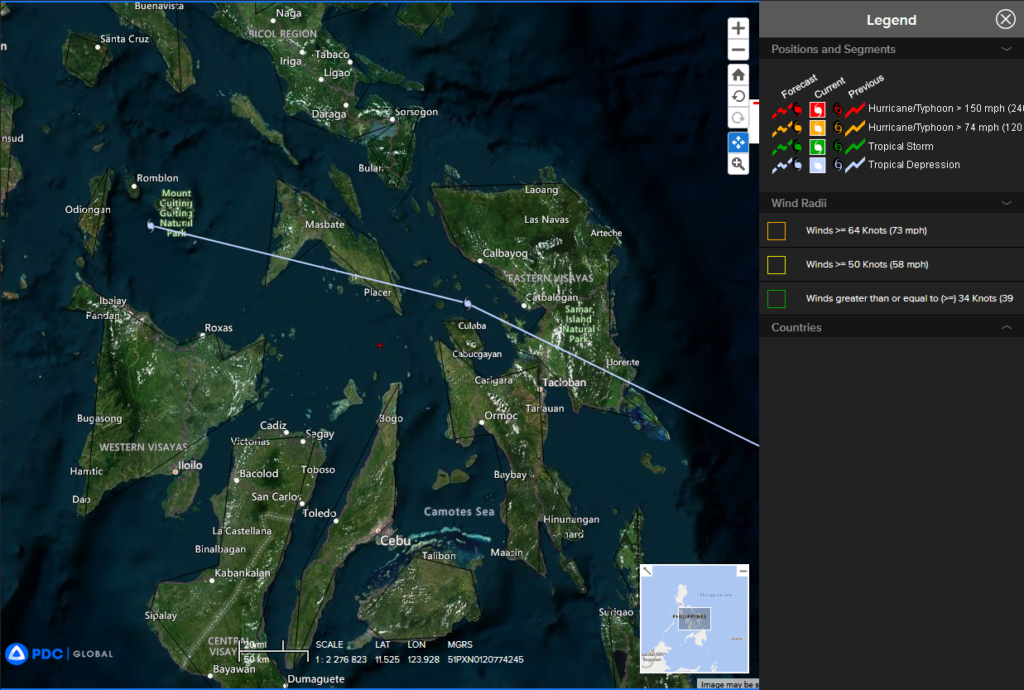 Sustained 30 knot winds…with gusts to 40 knots (as of Warning Number 16) Here’s what the computer models are showing According to the JTWC, satellite imagery shows a partly exposed, ragged, low level circulation, that is decoupled 100 NM+ southeastward from the main convection. A small ball of convection momentarily flared-up in between (30 NM to the northwest)…although has since waned. Analysis indicates warm along-track sea surface temperatures, and strong westward and poleward outflow aloft. Additionally, the warm moist air ahead of the system is overrunning the cold northeasterly wind surge in the Philippine Sea. This combination is fueling the deep and expansive main convection, even though it is displaced by high 30 knot southeasterly wind shear. TD 01W will track more northwestward as the steering ridge to the northeast builds, making landfall over Samar, Philippines, after 30 hours. As the storm motion becomes more in-phase with the upper level wind flow, the wind shear will relax a bit, and may allow a slight intensification to 35 knots by 12 hours. Afterward, increased relative wind shear, as the TD interacts with the cold northeasterly wind surge, will weaken the TD to 30 knots by 24 hours. Thereafter, the addition of land interaction to the high wind shear will erode the TD to dissipation by 48 hours, possibly sooner. 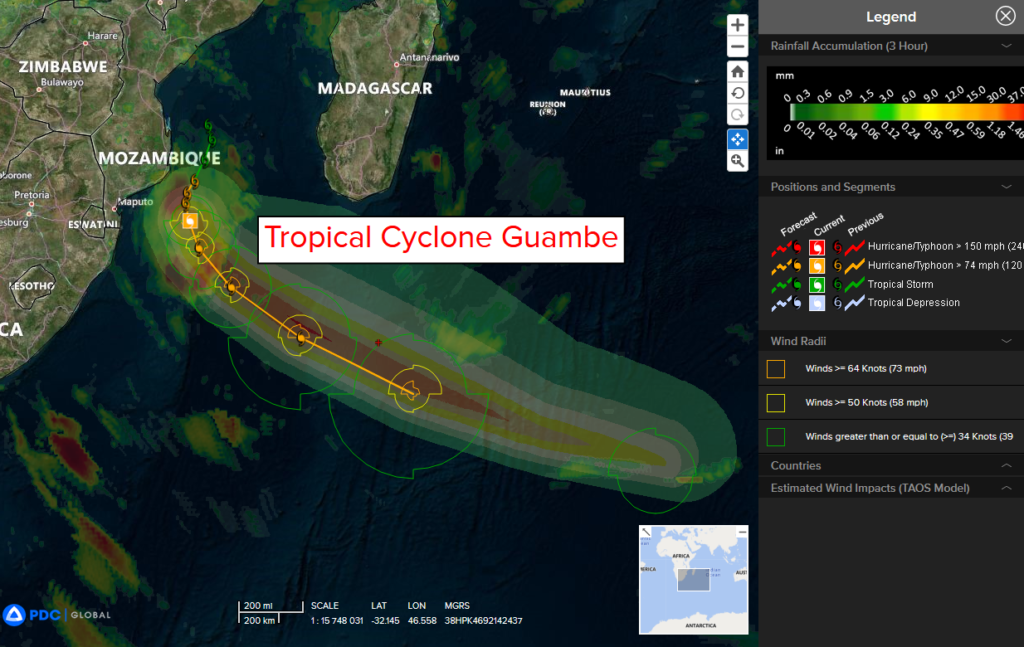 Sustained 65 knot winds…with gusts to 80 knots (as of Warning Number 8) Here’s what the computer models are showing According to the JTWC, satellite imagery shows a pinhole eye even as the central convection continued to warm and feeder bands unraveled. Environmental analysis indicates a favorable environment with low 10-15 knot wind shear, good poleward outflow aloft, and warm sea surface temperatures. TC 21S will maintain its intensity over the next 12 hours. Afterward, it will track and accelerate southeastward. Initial exposure to the strong mid-latitude westerlies will significantly improve poleward outflow, fueling a secondary intensification to a peak of 75 knots by 36 hours. Afterward, increasing wind shear and cooling sea surface temperatures will gradually erode the system down to 45 knots by 72 hours. Concurrently, by 48 hours, TC Guambe will commence extra-tropical transition, as it becomes a storm-force  low by 72 hours.   Here’s a link to the Joint Typhoon Warning Center (JTWC) For real-time information on current disasters download PDC’s free Disaster Alert mobile app available for your iOS or Android devices today! Also be sure to monitor PDC on Twitter, Facebook, and by accessing the web-accessible Disaster Alert from your computer, phone, or tablet.