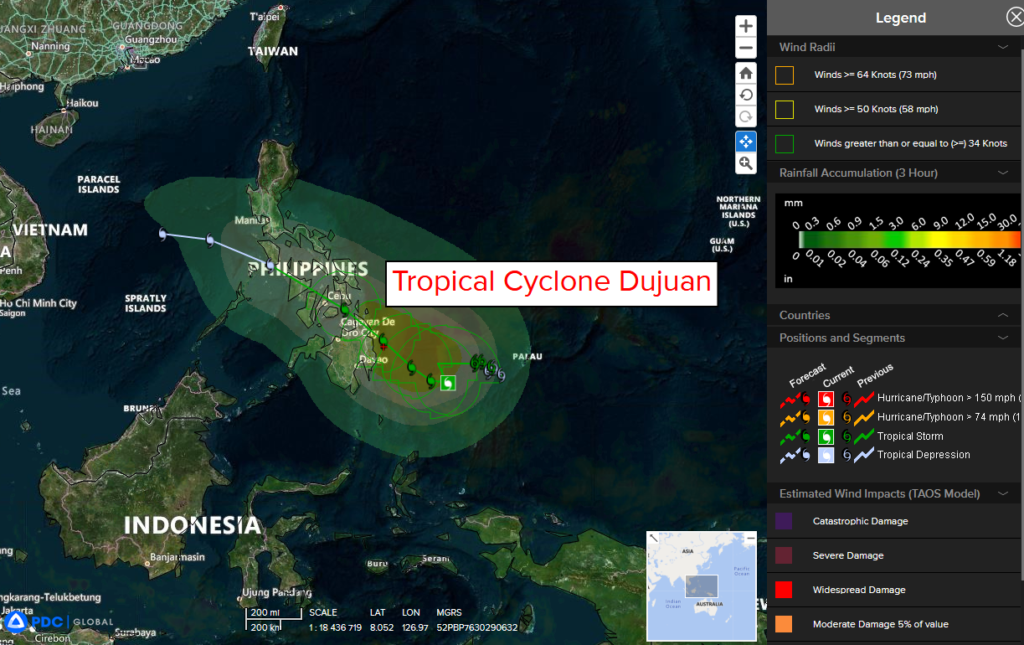 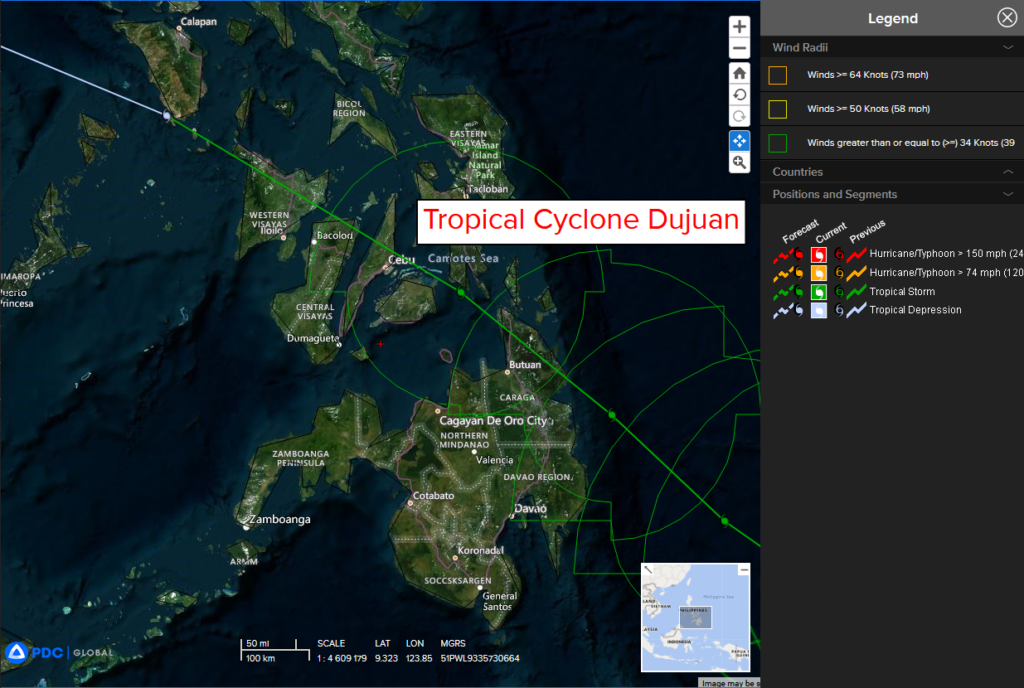 Sustained 35 knot winds…with gusts to 45 knots (as of Warning Number 12) Here’s what the computer models are showing According to the JTWC, satellite imagery shows the convective mass that was originally thought to be associated with the low level circulation center, is now revealed to be displaced well to the northwest due to the strong east-southeasterly wind shear. Environmental and satellite analysis shows that the strong 20-25 knot easterly wind shear has taken its toll, and the upper and lower-levels of the system have now decoupled. While poleward outflow remains robust and sea surface temperatures remain warm, the wind shear is just too strong to offset. TS 01W is forecast to make landfall along the extreme northeast coast of Mindanao between 36 and 48 hours, then track over the central Philippine Islands and lying along the south coast of Mindoro by 72 hours. The system is not expected to undergo any additional intensification and will steadily weaken through 72 hours, due to the persistent easterly wind shear, and terrain interaction. Once the system emerges into the South China Sea, it will encounter a much cooler and drier air mass, and convergent upper-level flow…which will lead to dissipation by 120 hours. 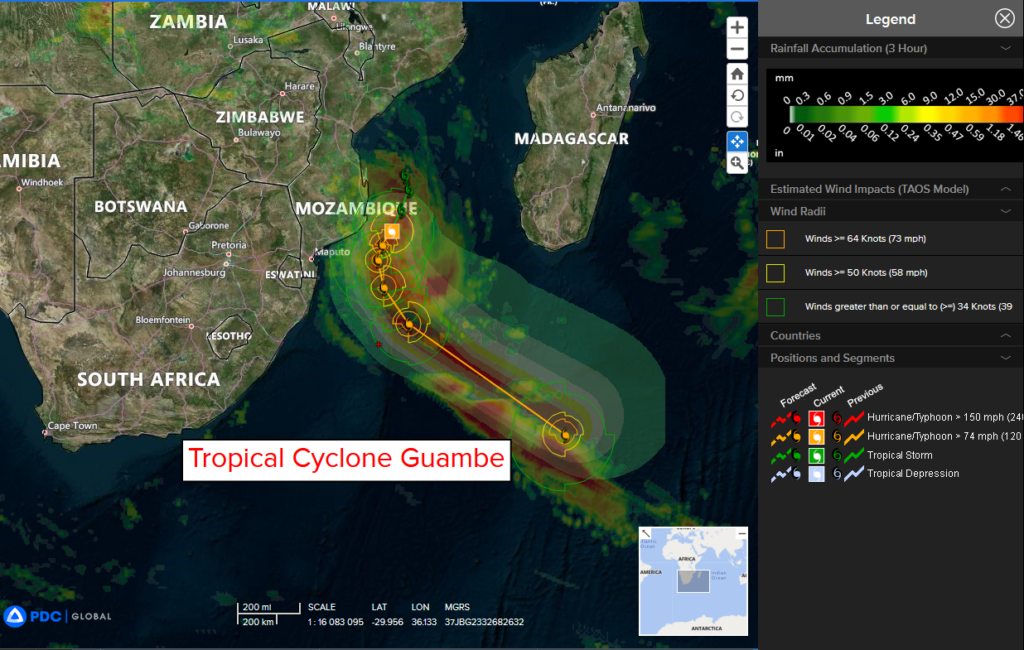 Sustained 75 knot winds…with gusts to 90 knots (as of Warning Number 6) Here’s what the computer models are showing According to the JTWC, satellite imagery shows a rapidly consolidating and intensifying system with a small, compact core of deep convection and a disorganized, elongated and cloud filled eye feature. Microwave images depicted a very compact core of deep convection and a very well defined, small eye and spiral bands wrapping into the low level circulation center. Environmental analysis indicates conditions favorable for additional intensification with low 5-10 knot wind shear, warm sea surface temperatures, and robust equatorward and quickly improving poleward outflow, which is beginning to tap into mid-latitude westerlies to the south. The system is forecast to continue intensifying to a peak of 95 knots by 36 hours under favorable environmental conditions. TC 21S will start extra-tropical transition shortly after 48 hours, as it begins to interact with the mid latitude westerlies. TC Guambe is forecast to complete transition to a hurricane force extra-tropical low by 72 hours, as it rapidly moves southeastward.   Here’s a link to the Joint Typhoon Warning Center (JTWC) For real-time information on current disasters download PDC’s free Disaster Alert mobile app available for your iOS or Android devices today! Also be sure to monitor PDC on Twitter, Facebook, and by accessing the web-accessible Disaster Alert from your computer, phone, or tablet.