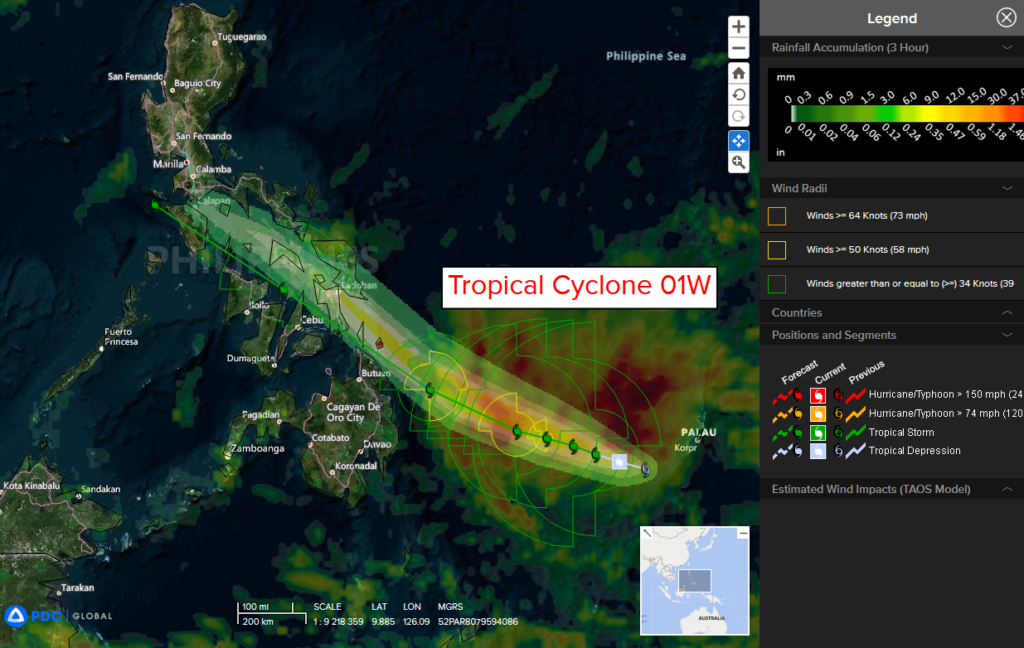 Sustained 35 knot winds…with gusts to 45 knots (as of Warning Number 4) Here’s what the computer models are showing According to the JTWC, satellite imagery shows that the system continued to consolidate, as formative rain bands wrapped tighter into a partly exposed low level circulation, as the central convection is offset northwestward. Analysis indicates a favorable environment with low to moderate 10-20 knot wind shear, robust westward and poleward upper level outflow that is providing ample ventilation to the convection, and warm along-track sea surface temperatures in the Philippine Sea. TD 01W will track more northwestward for the duration of the forecast under the steering influence of the subtropical ridge. The favorable environment will promote steady intensification to a peak of 60 knots by 72 hours…as the system approaches Northern Mindanao. After 72 hours, TD 01W will track across the Philippine  Archipelago, and by 120 hours, will reach the South China Sea off the island of Mindoro. Interaction with the islands and increased wind shear will erode the system down to 35 knots by 120 hours. 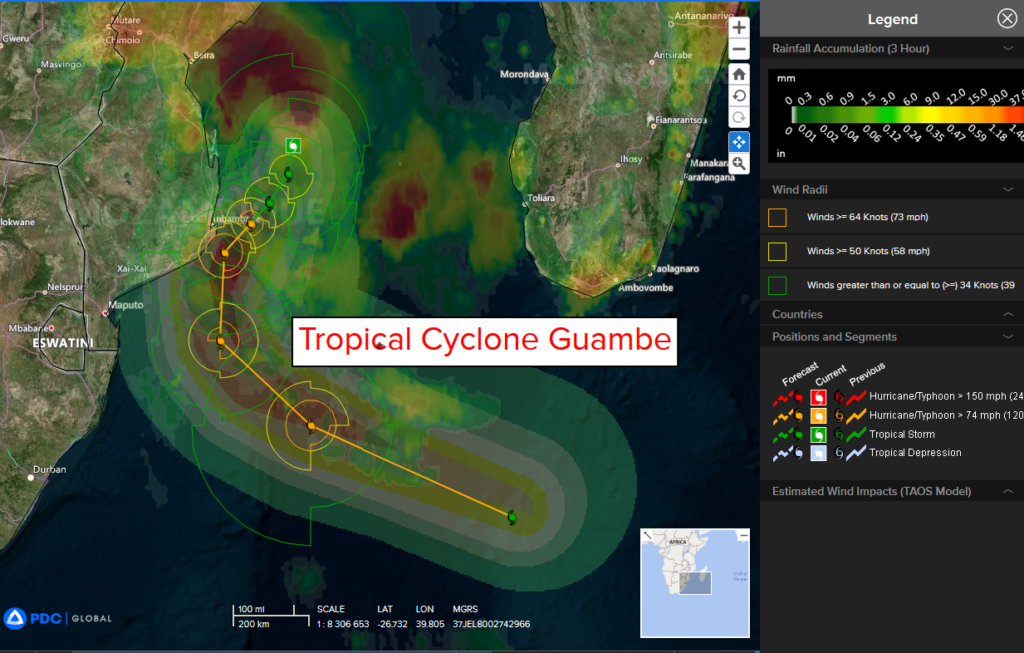 Sustained 45 knot winds…with gusts to 55 knots (as of Warning Number 1) Here’s what the computer models are showing According to the JTWC, satellite imagery shows a consolidating system with a developing central dense overcast feature obscuring the low-level circulation center. Analysis indicates a marginally favorable conditions with low to moderate 10-20 knot wind shear,  offset by near radial outflow and warm sea surface temperatures. TC 21S is forecast to track southward to south-southwestward through 72 hours, then after 72 hours, the system will recurve southeastward to east-southeastward. TC 21S is expected to gradually intensify through 48 hours, with a peak intensity of 80 knots by 48 hours. Steady weakening will occur after 72hours, as wind shear increases and sea surface temperatures cool.     Here’s a link to the Joint Typhoon Warning Center (JTWC) For real-time information on current disasters download PDC’s free Disaster Alert mobile app available for your iOS or Android devices today! Also be sure to monitor PDC on Twitter, Facebook, and by accessing the web-accessible Disaster Alert from your computer, phone, or tablet.