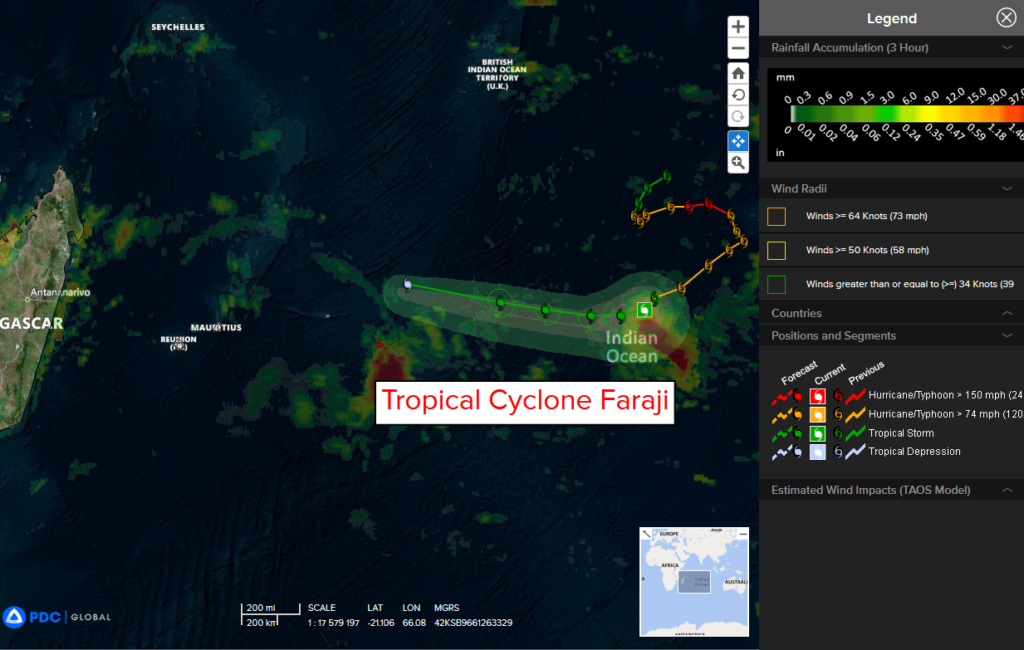 Sustained 35 knot winds…with gusts to 45 knots (as of Warning Number 18) Here’s what the computer models are showing According to the JTWC, satellite imagery continues to show the effects of persistent northwesterly shear, which is displacing flaring convection to the southeast of the partially exposed low level circulation center. TC 19S is tracking west along the northern periphery of a low to mid-level subtropical ridge entrenched to the south. As the ridge builds in over the next 24 hours, TC 19S is forecast to take on a slightly more northwestward track through the remainder of the forecast period. The overall environment has become increasingly unfavorable, with moderate 15-20 knot northwesterly wind shear and convergent upper-level flow from a deep upper-level low to the southwest, impinging the secondary circulation. As the system continues moving west it will encounter increasingly drier air in the low to mid-levels, which combined with the persistent convergent northwesterly flow aloft, will lead to steady weakening and ultimate dissipation by 72 hours. 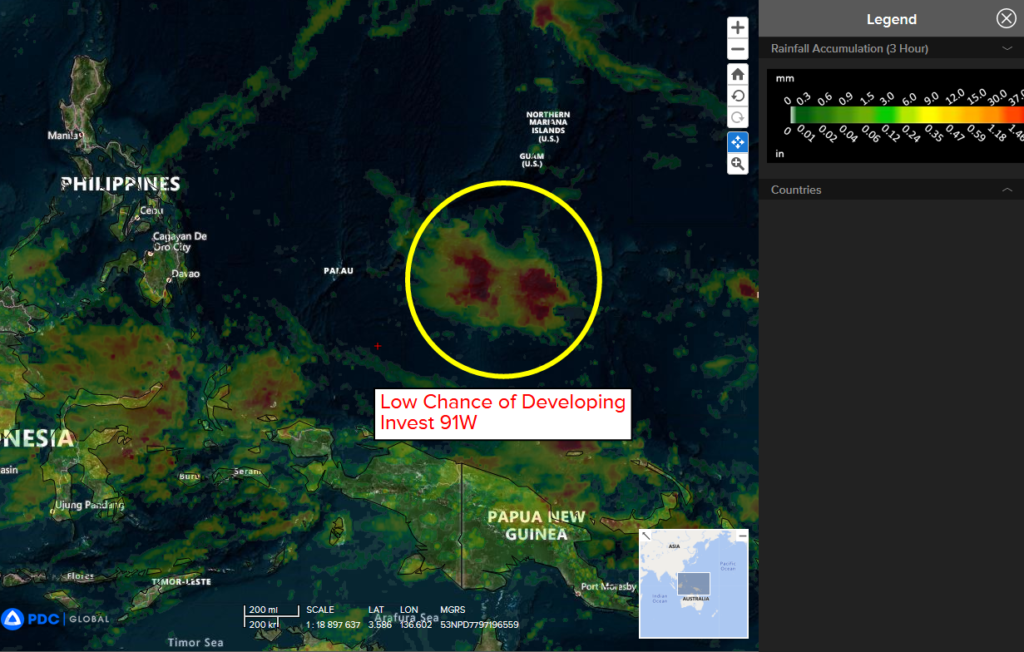 There’s a tropical disturbance being referred to as Invest 91W, which is located approximately 380 NM southwest of Yap Here’s was the computer models are showing According to the JTWC, satellite imagery shows disorganized banding with flaring convection in the eastern semi-circle wrapping into a weak, slightly elongated low level circulation center. Upper level analysis shows invest 91W in a favorable environment for potential tropical development, with low 10-15 knot wind shear, good westward and poleward outflow, and warm sea surface temperatures. Global models are in agreement that Invest 91W will track westward with possible consolidation over the next 5-days. Maximum sustained surface temperatures are estimated at 10-15 knots. The potential for the development of a significant tropical cyclone within the next 24 hours is low.   Here’s a link to the Joint Typhoon Warning Center (JTWC) For real-time information on current disasters download PDC’s free Disaster Alert mobile app available for your iOS or Android devices today! Also be sure to monitor PDC on Twitter, Facebook, and by accessing the web-accessible Disaster Alert from your computer, phone, or tablet.