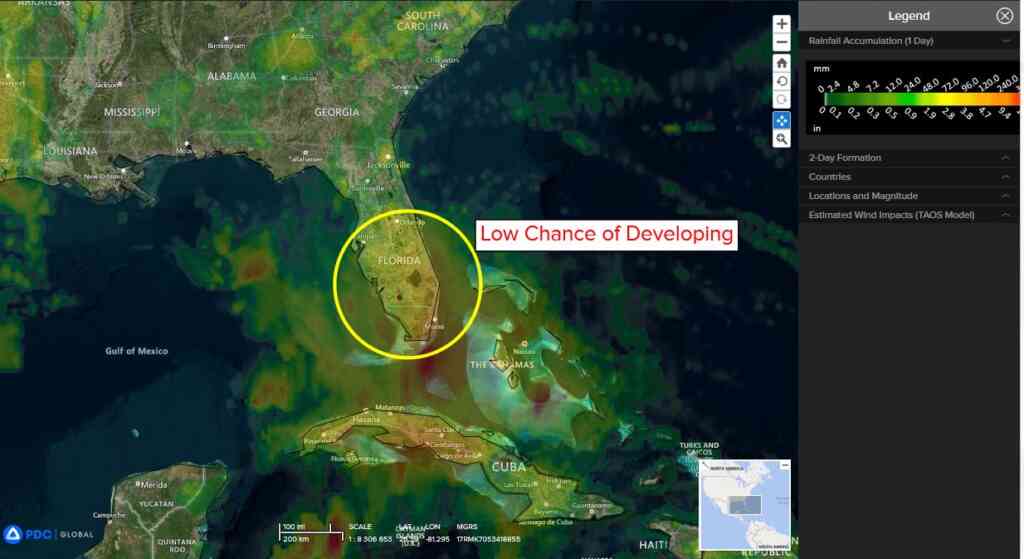 Special Tropical Weather Outlook issued to discuss the broad trough of low pressure extending across Florida and the adjacent Atlantic and Gulf of Mexico waters. Widespread showers and thunderstorms extending across Florida, the Bahamas, and the adjacent Atlantic and Gulf of Mexico waters are associated with an elongated surface trough interacting with an upper-level disturbance. Although a weak surface low could form along the surface trough just off the east coast of Florida and move northward toward Georgia and South Carolina on Tuesday and Wednesday, the low is not expected to become a tropical cyclone due to strong upper-level winds. Regardless of development, heavy rainfall could cause flash flooding over portions of southern and central Florida tonight, spreading northward to coastal sections of northeastern Florida, Georgia, and the Carolinas on Tuesday and Wednesday. Gusty winds could also produce rough marine conditions and life-threatening surf and rip currents along the coasts of eastern Florida, Georgia, and the Carolinas through Wednesday. * Formation chance through 48 hours…low…20 percent * Formation chance through 5 days…low…20 percent