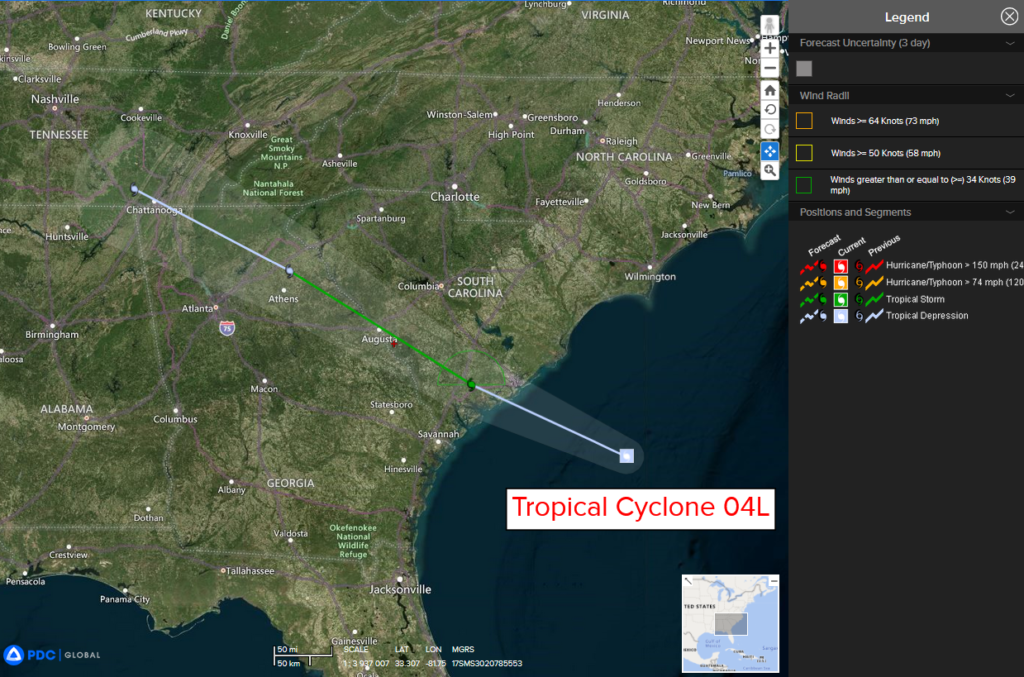 Here’s what the computer models are showing for TD 04L The depression is moving toward the west-northwest near 15 mph (24 km/h) and this general motion is expected to continue during the next day or so. On the forecast track, Danny will move further inland across east-central and northern Georgia tonight and Tuesday morning. Maximum sustained winds are near 35 mph (55 km/h) with higher gusts. Continued weakening is forecast, and Danny is expected to dissipate on Tuesday. HAZARDS AFFECTING LAND RAINFALL: Danny may produce an additional 1 to 2 inches of rainfall with locally higher amounts in coastal regions of Georgia and southern South Carolina tonight. This region has been dry, limiting potential widespread flooding impacts, however, local flooding impacts, especially in urban areas along the southern South Carolina and Georgia coast, cannot be ruled out at this time. 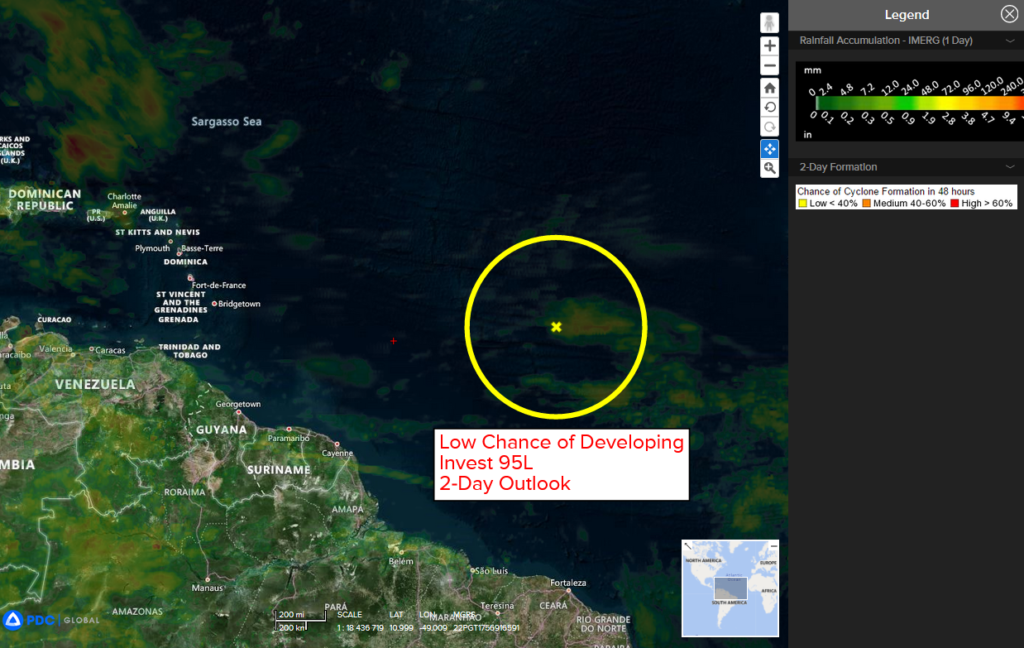 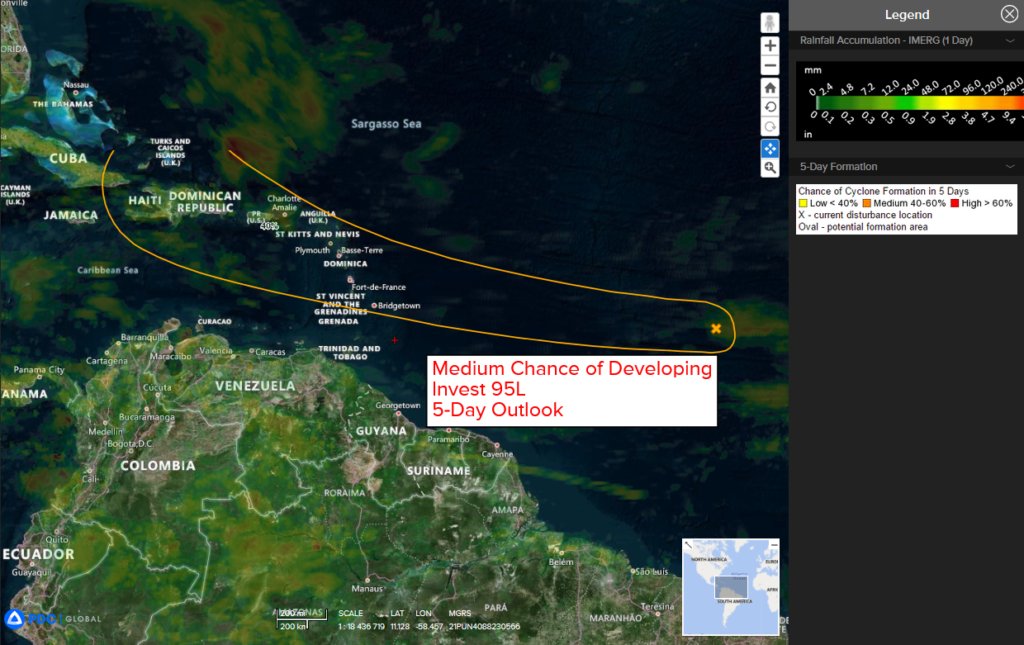 What the computer models are showing for Invest 95L 2.) Disorganized showers and a few thunderstorms continue in association with a tropical wave located over the central Atlantic Ocean. Some slow development of this disturbance is possible later this week and this weekend while the system moves westward to west-northwestward at 15 to 20 mph, likely reaching the Lesser Antilles by Wednesday night. * Formation chance through 48 hours…low…20 percent * Formation chance through 5 days…medium…40 percent