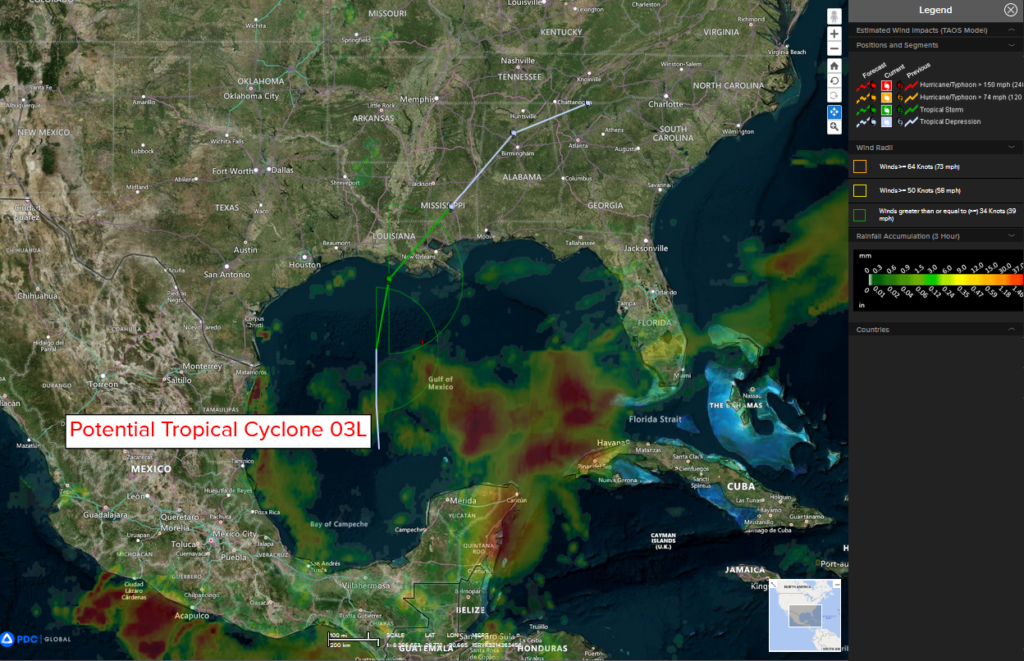 POTENTIAL TROPICAL CYCLONE THREE FORECAST TO BRING HEAVY RAINFALL AND FLOODING TO THE NORTHERN GULF COAST… What the computer models are showing According to the NHC…the system is moving toward the north near 9 mph (15 km/h) and this motion with some increase in forward speed is expected for the next day or so. On the forecast track, the system will approach the north-central Gulf Coast late Friday or early Saturday. A northeastward motion across the southeastern United States is likely after landfall. Maximum sustained winds are near 30 mph (45 km/h) with higher gusts. Some strengthening is forecast Friday and Friday night. A subtropical or tropical depression or storm is likely to form over the west-central or northwestern Gulf of Mexico on Friday.