Atlantic Ocean A non-tropical area of low pressure is located about 150 miles south-southeast of Wilmington, North Carolina and is producing disorganized showers and thunderstorms. This system is forecast to move northeastward for the next few days near the Gulf Stream waters, which could allow for some tropical development to occur while it moves away from the United States. The low should be over cold waters south of Nova Scotia by midweek, ending its development chances. * Formation chance through 48 hours…low…10 percent * Formation chance through 5 days…low…20 percent   Gulf of Mexico 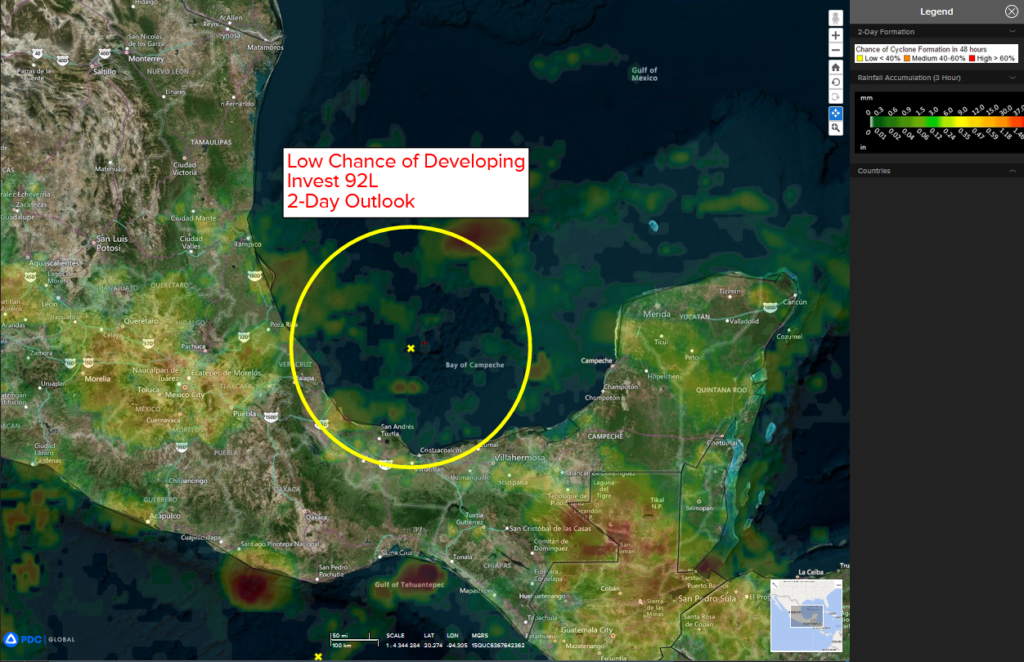 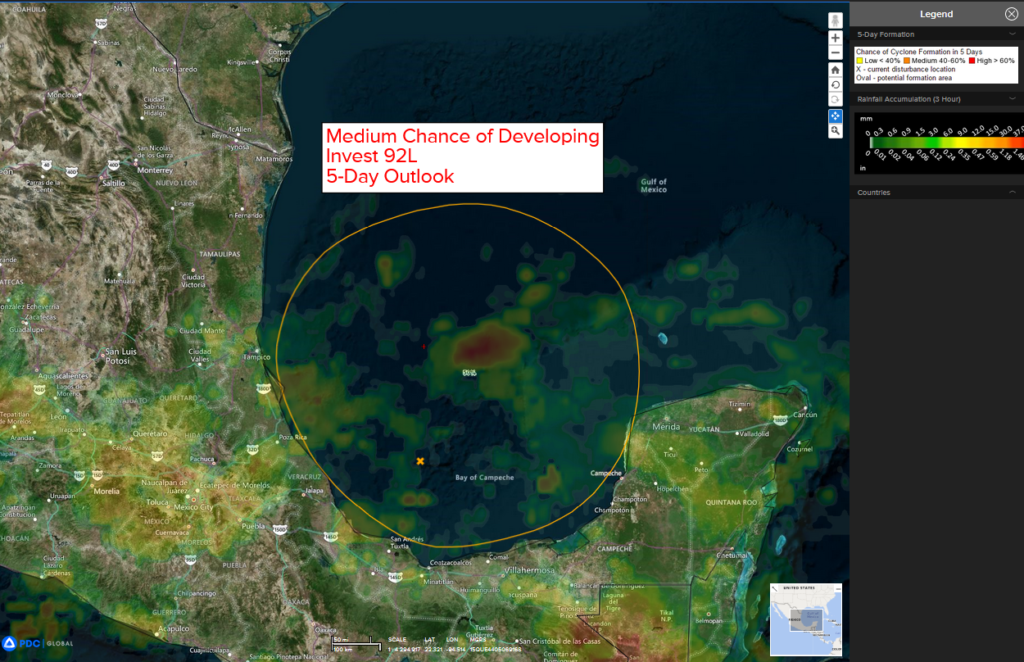 What the computer models are showing for this tropical disturbance…which is being referred to as Invest 92L A large area of showers and thunderstorms over the Bay of Campeche is associated with a broad low pressure area, and the system has changed little in organization since earlier today. Some slow development is possible during the next few days while the low meanders near the coast of Mexico, and a tropical depression could form late in the week while the system begins to move slowly northward. Regardless of development, heavy rainfall is possible over portions of Central America and southern Mexico during the next several days. * Formation chance through 48 hours…low…20 percent * Formation chance through 5 days…medium…50 percent