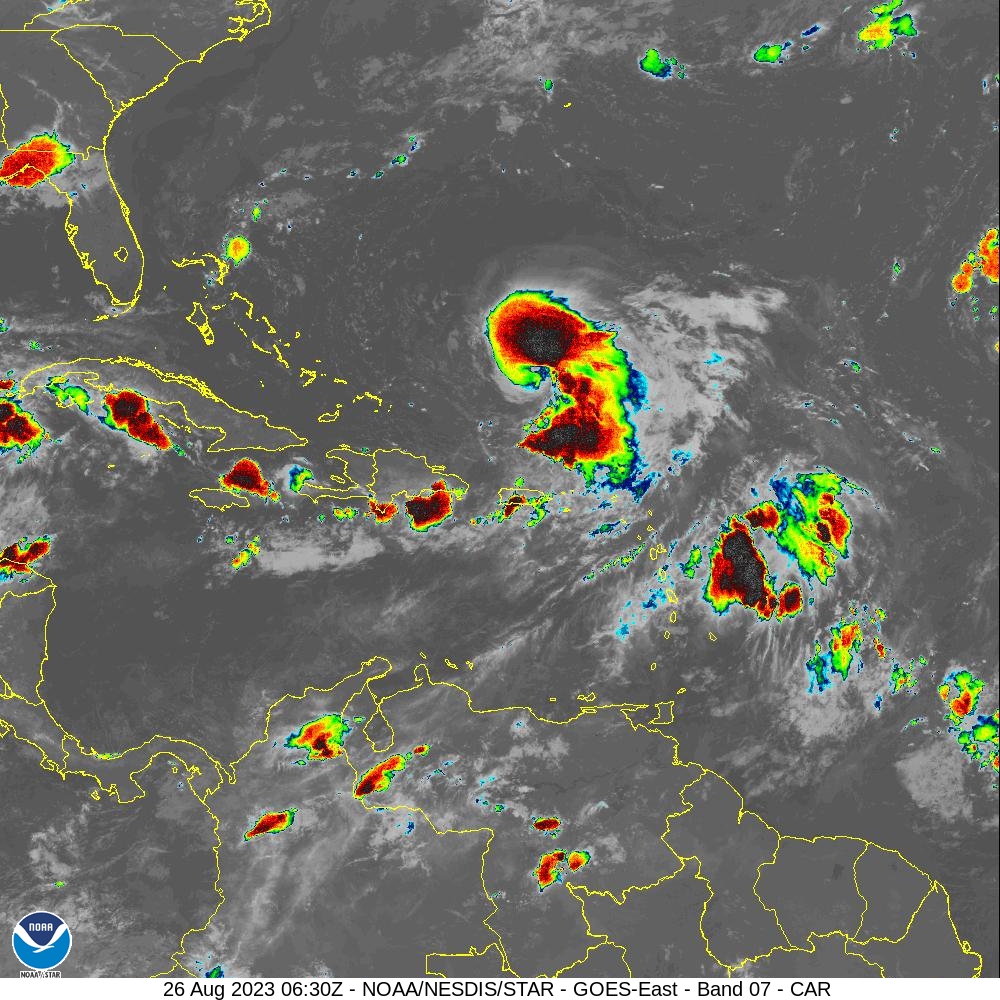 Here’s the looping radar image from the Bahamas Isaias has prompted hurricane watches and tropical storm warnings in parts of the state of Florida. First impacts could be felt in parts of Florida as early as Saturday Hurricane Isaias may bring inclement weather conditions along the East Coast as far north as New England early next week According to the NHC Advisory 16A, Isaias is moving toward the northwest near 14 mph (23 km/h), and a general northwestward motion with some decrease in forward speed is expected for the next day or so, followed by a turn toward the north-northwest by late Sunday. Here’s the looping satellite image from the Bahamas On the forecast track, the center of Isaias will move near or over the Central Bahamas this morning, near or over the Northwestern Bahamas later today and near the east coast of the Florida peninsula this afternoon through Sunday. Reports from an Air force Reserve Hurricane Hunter aircraft indicate that maximum sustained winds are now near 85 mph (135 km/h) with higher gusts. Some additional strengthening is possible today, and Isaias is forecast to remain a hurricane for the next couple of days. Hurricane-force winds extend outward up to 35 miles (55 km) from the center and tropical-storm-force winds extend outward up to 175 miles (280 km). A private weather station on Darby Island recently reported sustained winds of 39 mph (63 km/h). HAZARDS AFFECTING LAND STORM SURGE: A dangerous storm surge will raise water levels by as much as 3 to 5 feet above normal tide levels in areas of onshore winds in the Bahamas. WIND: Tropical storm conditions will continue across portions of the Turks and Caicos this morning. Hurricane conditions in the southeastern Bahamas will spread northwestward into the central and northwestern Bahamas tonight and into Saturday. Tropical storm conditions are expected in the warning area in Florida beginning Saturday. Hurricane conditions are possible in the Hurricane Watch area beginning Saturday night and continuing into Sunday. RAINFALL: Dominican Republic and northern Haiti: 4 to 8 inches, with isolated maximum totals of 12 inches. Bahamas, Turks and Caicos: 4 to 8 inches. Cuba: 1 to 2 inches, with isolated maximum totals of 4 inches. These rainfall amounts will lead to life-threatening flash flooding and mudslides, as well as river flooding. Urban and small stream flooding is expected for the U.S. Virgin Islands and Hispaniola. From Friday night through Monday: South Florida into east-Central Florida: 2 to 4 inches, with isolated maximum totals of 6 inches. These rainfall amounts could result in isolated flash and urban flooding, especially in low-lying and poorly drained areas. Heavy rains associated with Isaias may begin to affect the eastern Carolinas by early next week. This rain could result in isolated flash and urban flooding, especially in low-lying and poorly drained areas, as well as isolated minor river flooding. SURF: Swells generated by Isaias are affecting portions of Hispaniola, eastern Cuba, the Turks and Caicos, and the southeastern and central Bahamas. These swells will spread into the central northwestern Bahamas later today and along the east coast of Florida on Saturday. These swells are likely to cause life- threatening surf and rip current conditions.   Tropical Cyclone 10L

According to the NHC Advisory 2, the depression is moving toward the northwest near 14 mph (22 km/h). A turn toward the west-northwest or west is expected by Saturday afternoon. On the forecast track, the center of the depression is expected to move north of the northernmost Cabo Verde Islands on Saturday. Maximum sustained winds are near 35 mph (55 km/h) with higher gusts. Although the system could briefly become a short-lived tropical storm, it is forecast to weaken and become a remnant low within the next 24 hours.