“Potentially catastrophic” Hurricane Patricia is expected to make landfall along the coast of Mexico as an extremely dangerous Category 5 hurricane by Friday afternoon (at the earliest), according to the National Hurricane Center (NHC). As of the most recent advisory, the hurricane warning area extended from San Blas to Punta San Telmo, with hurricane watches in effect from east of Punta San Telmo to Lazaro Cardenas. The NHC also advises that very heavy rainfall associated with Patricia—8 to 12 inches, with some areas receiving up to 20 inches—are likely to cause life-threatening flash floods and landslides through Saturday, in the Mexican states of Jalisco, Colima, Michoacan, and Guerrero. PDC is currently working with partners throughout the region, developing situational awareness products as response agencies prepare for the potential impacts of this historic storm.

Within 24 hours, Hurricane Patricia intensified from a Category 1 hurricane into the strongest Eastern North Pacific hurricane on record, according to analysis by NASA. As of 2100 UTC, Patricia is located 60 miles south of Manzanillo, Mexico, and sustaining winds at 190 miles per hour, and Patricia’s strength is being compared to the peak strength of Typhoon Haiyan, which devastated the Philippines in November 2013.

Media reports indicate that thousands of tourists and residents have been evacuated in preparation for landfall, with as many as 15,000 people expected to be evacuated from Puerto Vallarta in Jalisco state alone. Mexico’s national weather service is reporting that coastal areas of Michoacan, Colima, and Jalisco have begun experiencing the effects of Hurricane Patricia as the storm nears, bringing strong winds and high waves.

Hurricane Patricia is expected to maintain strength through landfall, though rapid weakening is also expected as it moves inland over the mountains of Mexico. Over the weekend, remnants of the cyclone may contribute to another weather system developing near the coast of Texas, United States, which may result in locally heavy rainfall over parts of the coast of Gulf of Mexico. 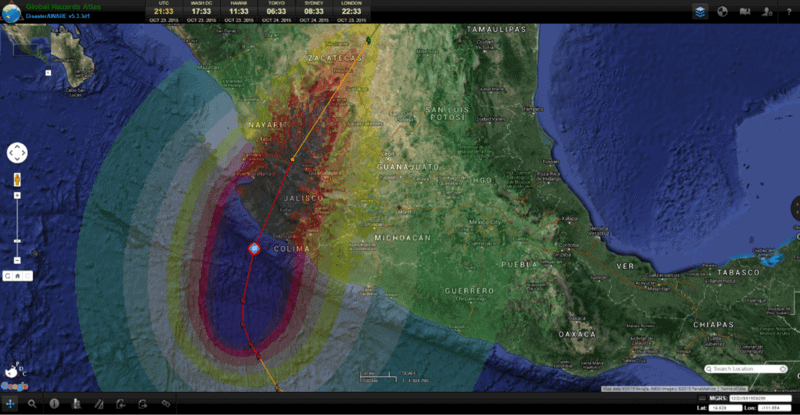 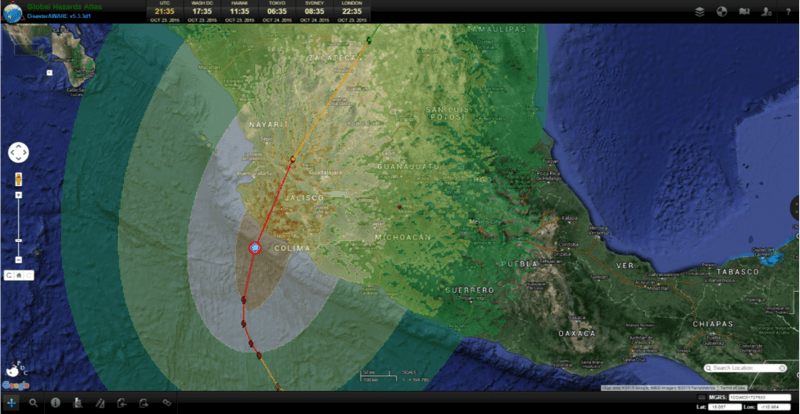