Once a super typhoon, tropical cyclone Nangka has been downgraded to a tropical storm and has made landfall in Japan. Nangka is now crossing the northern tip of Shikoku, one of Japan’s four main islands and is expected to track generally northward, until it enters the Sea of Japan, according to the Joint Typhoon Warning Center (JTWC). Following that, Nangka will likely cross the northern tip of Honshu, Japan’s second largest island, and then return to the Pacific just east of Hokkaido.

High waves, major flooding and dangerous landslides could occur as Nangka tracks across populated areas, including in the metropolis of Tokyo. The Japan Meteorological Agency (JMA) has issued watches and warnings for potentially impacted prefectures, and is forecasting high amounts of rainfall.

As Nangka returns to the Pacific it should begin to rapidly decay. However, there is a chance that Tropical Storm Halola could approach Japan next week, although the long-range models show the typhoon may curve again and not impact Japan. 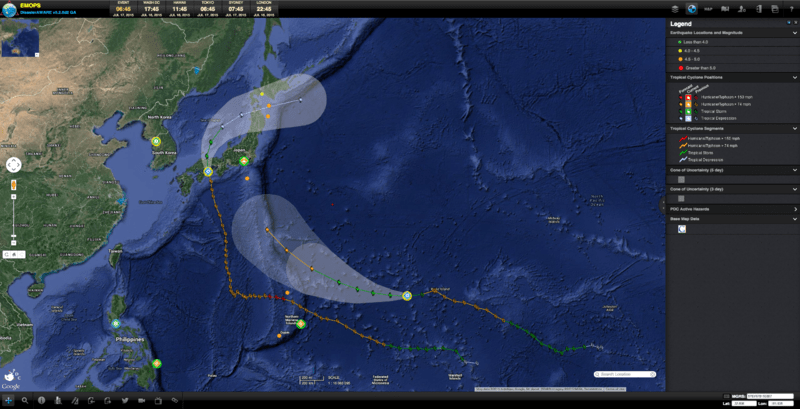