Hurricane Julio followed on the heels of Hurricane Iselle as it approached the Hawaiian Islands. Fortunately, Julio veered in a northwest direction and now continues to weaken over the open ocean. Julio’s position cut off trade winds to the islands and brought high surf on the east and north facing shores. Trade winds are expected to gradually return through Wednesday.

According to the Central Pacific Hurricane Center (CPHC), Julio has been downgraded to a tropical storm. As of Advisory 35, the CPHC track has Julio staying away from any major land areas.

While Iselle diminished after interacting with the terrain of the Big Island, the tropical storm system did unleash heavy rains and powerful winds. Iselle most heavily impacted the Puna district, the easternmost region of the Big Island, but also significantly affected areas of Maui and Molokai. Winds toppled trees that cut off roadways and tore down power lines that left residents without power. Julio had closely followed Iselle towards the islands, threatening islanders with a second impact before turning north and away from the state of Hawaii.

TC Julio is the tenth named cyclone and fifth hurricane of the 2014 Eastern Pacific hurricane season, which runs through November 30.

For more information on Tropical Cyclone Iselle and Julio:
• Look at preliminary damage assessments produced by PDC,
• Read about the State of Hawaii’s final storm preparations,
• Read about Iselle as it neared Hawaii,
• Read an early update on TC Iselle and Julio,
• Visit the NWS National Hurricane Center for the latest updates,
• Take a look at information from NASA,
• Refer to NOAA’s explanation of the Saffir-Simpson Hurricane Wind Scale, and
• Explore FastFollow to receive SMS messages from DisasterAWARE. 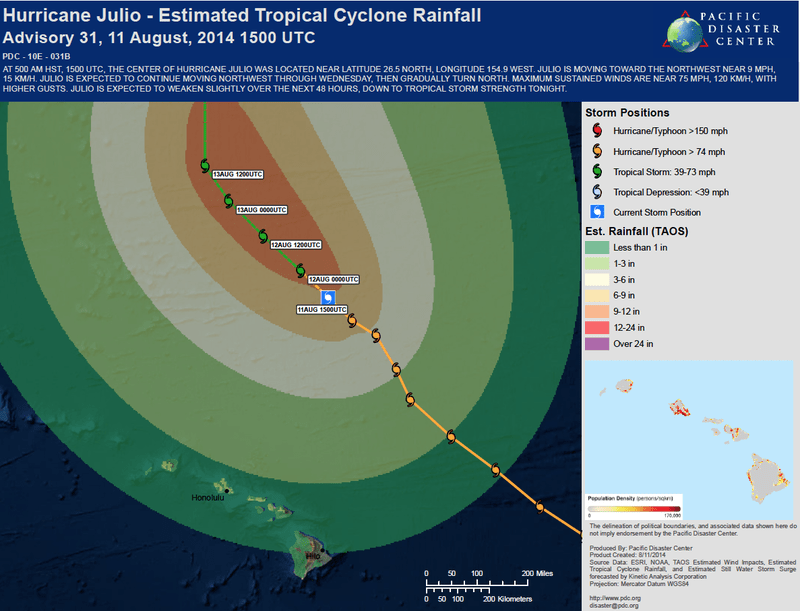 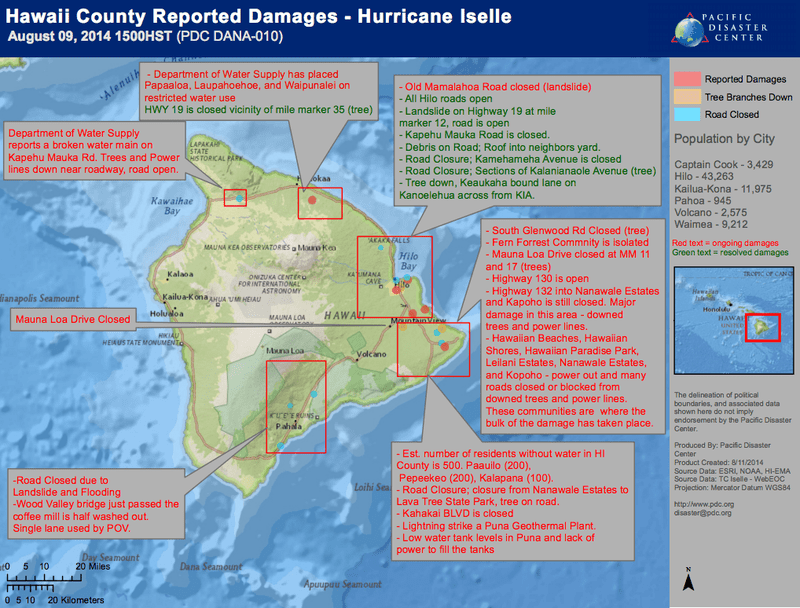