Natural hazards – including earthquakes, volcanoes, tsunamis, and landslides – frequently occur across the Indonesian archipelago. In order to address the nation’s susceptibility to disaster and to increase disaster resilience, the United States Agency for International Development (USAID) Office of Foreign Disaster Assistance (OFDA) has funded deployment of InAWARE, a new disaster management early warning and decision support system at Indonesia’s national disaster management agency, Badan Nasional Penanggulangan Bencana (BNPB).  InAWARE is based on PDC’s DisasterAWARE platform and will facilitate information sharing within and between national and provincial disaster management stakeholder agencies, as well as provide a mechanism for regional information exchange.

Opening speakers included BNPB First Secretary Fatchul Hadi, BNPB Director of Information and Public Relations Dr. Sutopo Nugroho, USAID OFDA Regional Advisor Harlan Hale, and PDC Deputy Executive Director and InAWARE Program Director Chris Chiesa. Hadi thanked PDC for the continued assistance being provided to BNPB and stressed the importance of increased capacity for decision making at all levels that is made available by InAWARE. Increasing disaster managers’ and organizational capacities is a key goal of the InAWARE project, to be achieved by providing the Government of Indonesia with the tools and skills needed to undertake timely, confident, and effective decision making in times of disaster. The three-year, $2.2 million project will deliver capacity enhancement, including improvement of the ability to make use of information and communications technology (ICT)-based tools within BNPB and in selected BPBD locations. Numerous training sessions and preparedness exercises will be scheduled as the project progresses.

To find more disaster-related news and information on Indonesia, explore these links: • Find out more about the Hawaii-Indonesia State Partnership Program, and news of PDC hosting a delegation from the Indonesian Government.
• Read about Mount Merapi erupting in May 2006,
• Read about the May 2006 earthquake on the island of Java,
• Look over information about the Great Sumatra Earthquake and Indian Ocean Tsunami, and
• Search “Indonesia” on pdc.org. 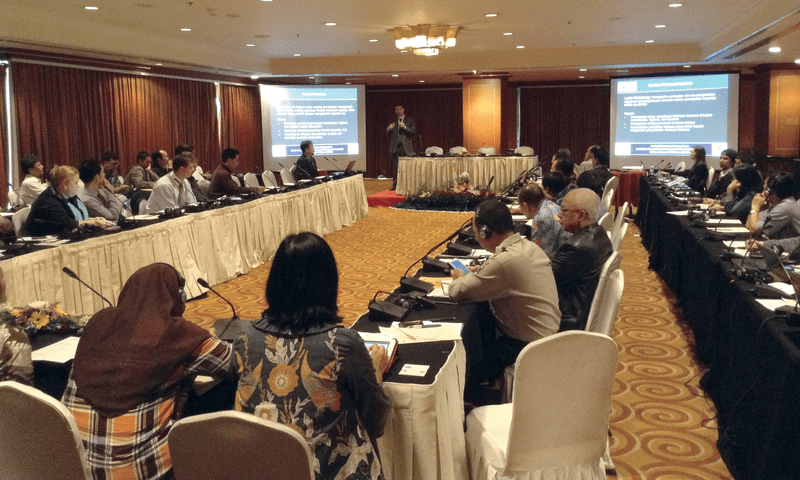