Barely 24 hours after being struck by a 6.2M earthquake Kumamoto Prefecture has once again been shaken by a strong, shallow quake. Early Saturday (local time), a 7.0M earthquake struck west-southwest of Kumamoto-shi, Japan, on the island of Kyushu, further impacting an area already engaged in response operations due to collapsed buildings and fires. The estimated impacts of the quake prompted the U.S. Geological Survey to issue a Red Pagerfor shaking-related fatalities and economic losses, estimating high casualties and extensive damage are probable, and the disaster likely widespread.

Fortunately, as with the previous earthquake, Saturday’s 7.0M did not generate a tsunami, nor have there been reports of any “irregularities” at three nuclear power plants in the area. The series of strong earthquakes that have impacted Japan over the past few days, come just weeks after the five-year anniversary of the catastrophic 2011 Great East Japan Earthquake, which along with the devastating tsunami that was triggered, affected nearly 370,000 people and caused more than 19,000 deaths.

It is estimated that one million people were exposed to severe and violent ground shaking from the 7.0M earthquake. The most recent event comes only a day after the 6.2M earthquake resulted in nine fatalities and over 1,100 injuries, most from Mashiki and Kumamoto.

As response and relief operations continue, there is an increased risk of landslides induced by rain moving into the affected area, potentially impacting rescue efforts.

PDC will continue to support responding agencies as events unfold. If you are an emergency manager or humanitarian assistance practitioner, and would like to access PDC’s DisasterAWARE (EMOPS) platform, click here for more information.

For more information on the 2016 Japan Earthquakes, click here. 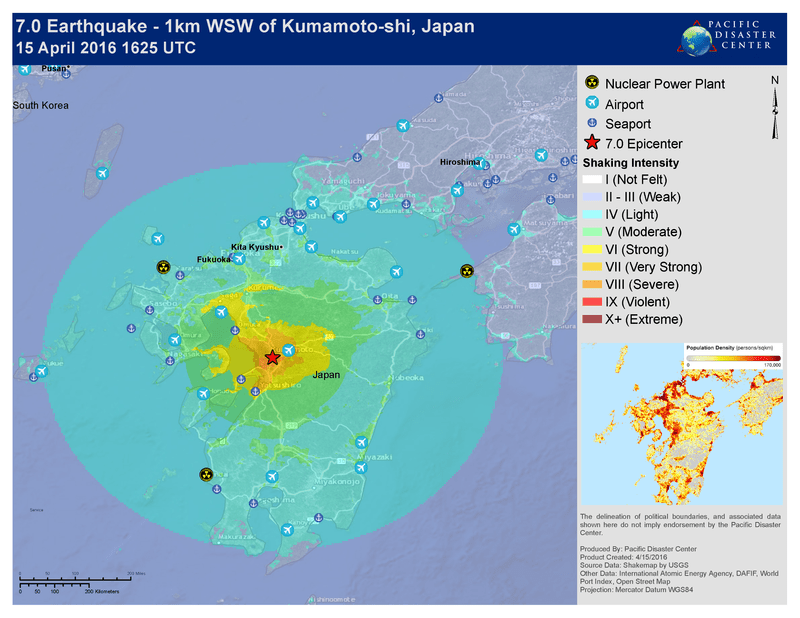 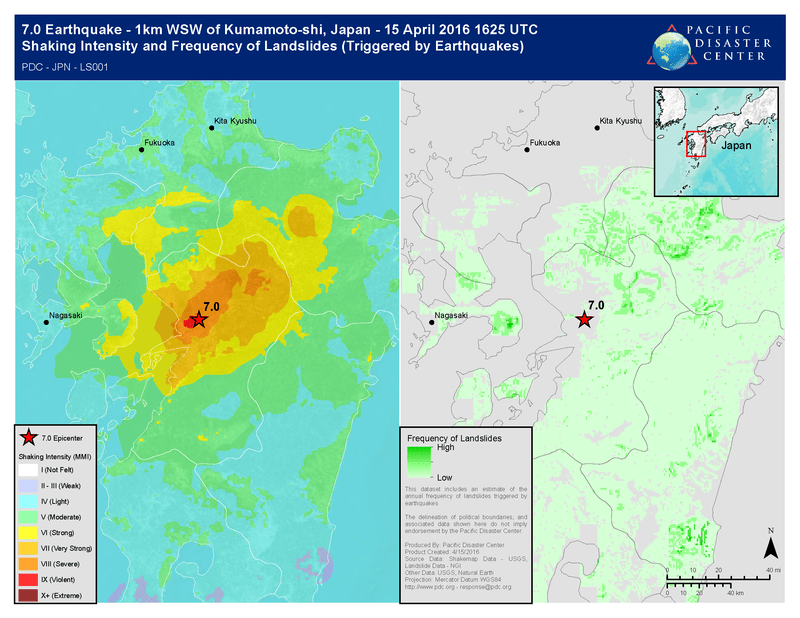